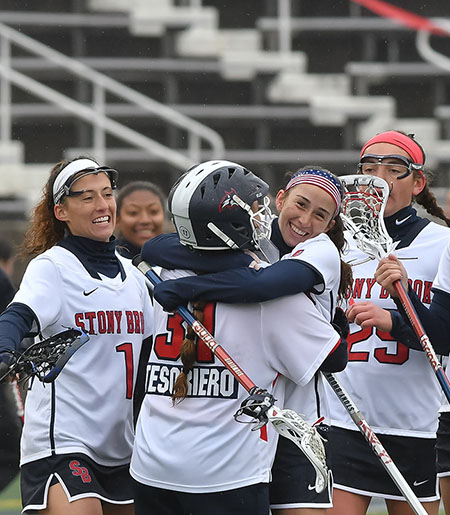 For the first time in program history, Stony Brook Women’s Lacrosse is ranked No. 1 in a national Division I poll. The ranking, released by the Cascade Women’s Division I Media Poll follows the Seawolves’ decisive 16-3 triumph over Denver, as well as an upset victory by North Carolina over previous No. 1 Maryland.

On Feb. 25, the Seawolves won their third-straight contest over a nationally-ranked opponent to begin the 2018 season, topping No. 20 Denver in a lopsided contest at the Seawolves’ home opener at LaValle Stadium.

“Today was another statement win for us. That’s a very good Denver team, they’re going to win a lot of games this year,” said head coach Joe Spallina.