Water is Key in Catalytic Conversion of Methane to Methanol, Scientists Find 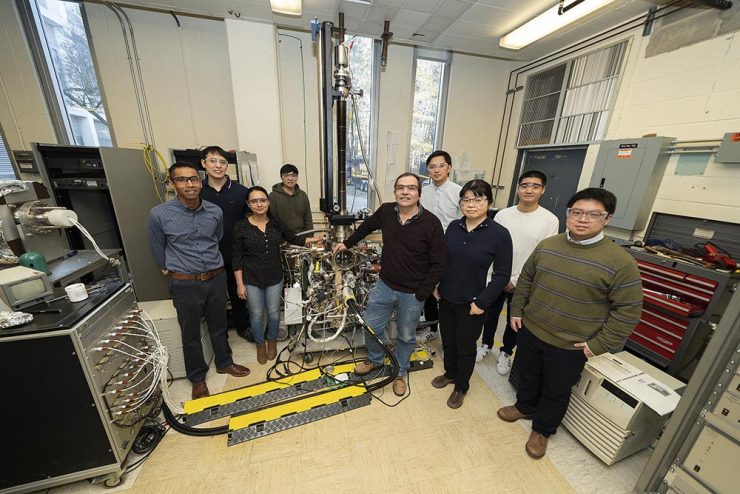 A team of scientists led by Jose Rodriguez, an adjunct professor at Stony Brook who is also a leader of Brookhaven National Lab’s catalysis group, has revealed new details that explain how a highly selective catalyst converts methane, the main component of natural gas, to methanol, an easy-to-transport liquid fuel and feedstock for making plastics, paints, and other commodity products.

The findings could aid the design of even more efficient/selective catalysts to make methane conversion an economically viable and environmentally attractive alternative to venting or flaring “waste” gas.

As described in a paper appearing in Science, the team used theory-based models and simulations to identify the atomic-level rearrangements that take place during the reaction, and then conducted experiments to verify those details. The studies revealed three essential roles for water, working in conjunction with an economical cerium-oxide/copper-oxide catalyst, to bring about the conversion of methane to methanol with 70 percent selectivity while blocking unwanted side reactions.

“There were 45-50 possible components in the ‘reaction network’ we were simulating,” Rodriguez said, “Out of those, Ping, Erwei Huang, and Wenjie Liao, two PhD students at SBU, were able to predict what would be the most favorable conditions, the best path, for going from methane to methanol and not to CO and CO2 — and all induced by the presence of water.”