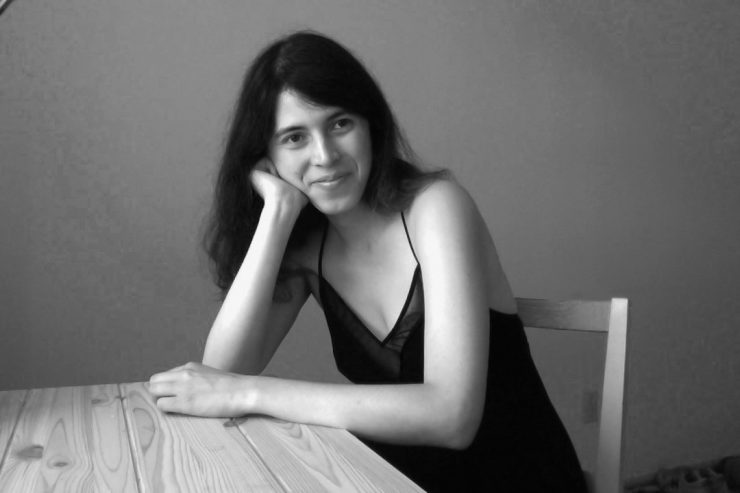 Jennifer Gersten, a DMA candidate in the Department of Music at Stony Brook University, has been chosen as winner of the 2018 Rubin Prize in Music Criticism for demonstrating outstanding promise in music criticism. The $10,000 award is given by the Stephen and Cynthia Rubin Institute for Music Criticism at the San Francisco Conservatory of Music (SFCM).

“The time and attention that we’ve received from the critics over the past week has been remarkable,” commented Gersten. “I can’t really encapsulate what it feels like to be in the room with the people whose writing you were raised on, and hear how you can improve your work. I’m so grateful for this prize and for the opportunity to learn in this environment.”

In addition to the cash prize, Gersten will be offered an internship with the San Francisco Classical Voice (SFCV), a major Bay Area music publication. As part of SFCV’s Emerging Writers Program, she will write one review a month under the mentorship of some of SFCV’s most highly accomplished music critics.

“Jennifer’s reviews were filled with trenchant observations, wit, and authority,” remarked Anne Midgette, The Washington Post critic and author. “More to the point, they were so well written—whether describing a jazz singer’s costume so vividly you felt you were in the room with her, or dryly dismissing a new work as ‘John Williams without the melodies’—that they were always a pleasure to read.”

Jennifer Gersten, from Queens, New York, is a violinist pursuing her DMA at Stony Brook University as a student of Arnaud Sussmann, Jennifer Frautschi, Hagai Shaham and Phil Setzer. She has participated in chamber music intensives with Gil Kalish and Tina Dahl, and performed in solo and chamber master classes with Almita Vamos, Joseph Kalichstein and members of the Emerson String Quartet. Her summer experiences include Bowdoin, where she was a member of the full-scholarship fellowship program; Colorado College Summer Music Festival; Aspen, and Eastern Music Festival, where she was a winner of the annual concerto competition.

In 2016, Gersten received her bachelor’s in English and creative writing from Yale University, where she won the senior Wrexham Prize for music and served as co-concertmaster of the Yale Symphony Orchestra and editor of the Yale Daily News Magazine. She is a senior editor for Guernica: A Magazine of Global Arts and Politics, and has held internships at NPR Music and the Toledo, Ohio-based paper The Blade. Her reporting, essays,and music reviews have been published or are forthcoming in The Kenyon Review Online, The Awl, NPR Music, Guernica, Harvard Magazine, WQXR, and Bachtrack.