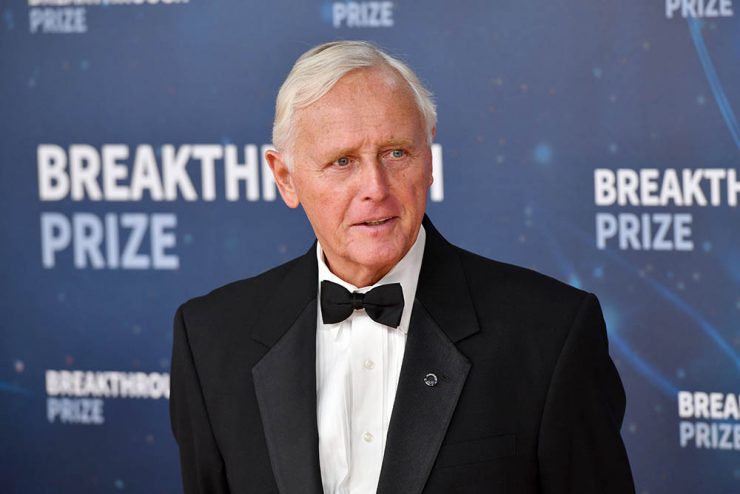 Peter van Nieuwenhuizen, distinguished professor of physics in the College of Arts and Sciences Department of Physics and the C.N. Yang Institute for Theoretical Physics at Stony Brook University, accepted a Breakthrough Prize in Fundamental Physics at a gala November 3 awards ceremony at NASA Ames Research Center in Mountain View, California. The star-studded event was broadcast live on National Geographic.

Renowned as the “Oscars of Science,” the awards brought together luminaries in the science and tech communities alongside celebrities, athletes, musicians and dozens of current and prior Breakthrough Prize laureates for a festive celebration of science.

Van Nieuwenhuizen shared a $3 million Special Breakthrough Prize in Fundamental Physics with Sergio Ferrara and Daniel Z. Freedman for their invention of the theory of supergravity, in which quantum variables are part of the description of the geometry of spacetime.

Van Nieuwenhuizen, Ferrara and Freedman are the architects of supergravity, a highly influential 1976 theory that successfully integrated the force of gravity into a particular kind of quantum field theory (a theory that describes the fundamental particles and forces of nature in terms of fields embodying the laws of quantum mechanics).

Van Nieuwenhuizen’s research area is quantum field theory with applications to supergravity, supersymmetry, and string theory. He is interested in Kaluza-Klein reductions of supergravities, the measure for path integrals, instantons, and quantum corrections, as well as ideas such as a Chern-Simons term for 11 dimensional supergravity, anticommuting coordinates in a new kind of superspace. 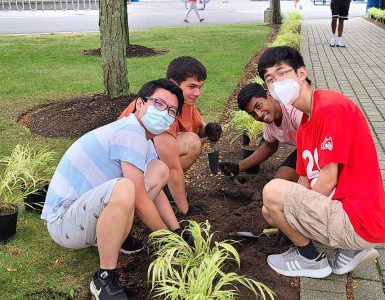 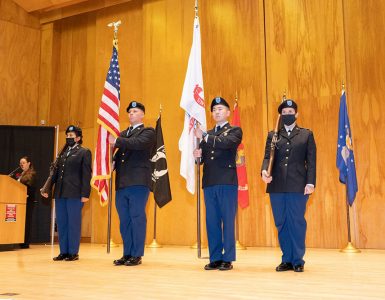