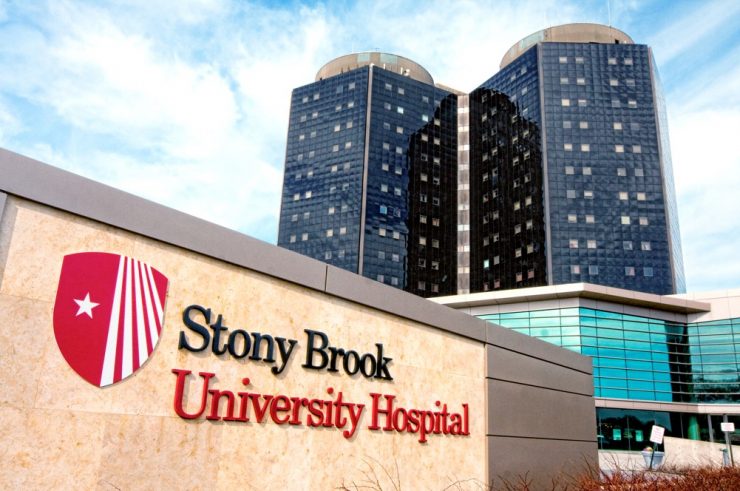 Ana Costa and Lynda Perdomo-Ayala, from the Renaissance School of Medicine at Stony Brook University, have been named fellows of the SUNY Hispanic Leadership Institute, which identifies, develops and recruits, and ultimately supports, retains and fosters the success of Hispanic/Latinx leaders at universities.

As fellows, they were able to expand their higher education leadership skills and competencies by participating in leadership training sessions, workshops, webinars, group discussions, and individual and group projects. They also met with distinctive leaders from SUNY and the community at large, worked with mentors, networked and built connections.

In a joint statement, they said: “We both subscribe to HLI’s mission to promote Latinx leaders in higher education. As fellows we will work to further HLI’s mission by working toward a more inclusive and equitable workplace at SBU, making a concerted effort to highlight to those in power the need to promote Latinx educators to leadership positions.”

Dr. Costa is an assistant professor of anesthesiology at the Renaissance School of Medicine at Stony Brook University, where she has practiced since 2013. She practices general anesthesiology with a focus on urological surgery. In addition to her clinical work, Dr. Costa’s primary interests are education and mentoring.

Dr. Costa is the assistant program director for Residency Education in the Department of Anesthesiology. In this role, she guides anesthesiology residents throughout their residency years, including facilitating their clinical advancement in practical skills with appropriate clinical assignments, having frequent interactions with faculty and overseeing the educational component of their lectures and clinical rotations. Dr. Costa has mentored senior residents in the creation, preparation and presentation of their senior grand rounds presentations as the director of the Stony Brook Anesthesiology Grand Rounds Advisory Council.

Dr. Costa also serves as a mentor for undergraduate and medical students, as well as underprivileged high school students. She is chair of the Diversity, Equity and Inclusion Committee in the Department of Anesthesiology, a position where she promotes diversity in a multitude of areas within Stony Brook University and beyond. She truly enjoys visiting with her previous mentees and residents and rejoicing in all that they have accomplished.

Lynda Perdomo-Ayala is an administrative department head in the Department of Pharmacological Sciences. Her long-standing professional service to the university has been instrumental in ensuring the support and progress of communities of color at Stony Brook.

For approximately 35 years, she has been an advisor to the Latin American Student Organization, where she has worked closely to mentor undergraduates. She was instrumental in the establishment of the Latin American and Caribbean Studies Center and continues her advocacy, providing a firm foundation of support for the center as chair of its advisory board. She has supported efforts for the recruitment, retention and mentoring of minority faculty, staff and students through her appointments to several university-wide committees and task forces. She has been a key member of the Campus Climate initiative and both the President’s and Provost’s Advisory Council on Diversity.

In 2000, County Executive Robert J. Gaffney and the Suffolk County Legislature appointed Perdomo-Ayala to the Suffolk County Human Rights Commission, where she served as the vice chair, overseeing all administrative committees. In 2019, she was sworn in as chair and has since been focused on police reform and reinvention since the killing of George Floyd, as well as fair housing and diversity on Long Island, and the continued development of the Suffolk County Inter-Faith Anti-Bias Task Force.