Three members of the Stony Brook University faculty — Yusuf A. Hannun, Joel Kenny Professor in Cancer Research; Peter J. Tonge, Professor of Chemistry and Radiology (by courtesy); and Minghua Zhang, Professor in the School of Marine and Atmospheric Sciences — have been honored with the rank of Distinguished Professor by the State University of New York Board of Trustees.

“The SUNY faculty being honored today with the distinguished ranking are leaders in innovation, research, environmental and cultural studies, and serve as a strong and constant reminder of the quality higher education students receive at our campuses,” said SUNY Chancellor Kristina M. Johnson. “On behalf of all our faculty, staff and students, I congratulate these individuals on this honorable distinction.”

The Distinguished Professorship is conferred upon individuals who have achieved national and/or international prominence and a distinguished reputation within their chosen field. This distinction is attained through extraordinary contributions to, and impact on, the candidate’s field of study, often evidenced by significant research and/or creative activity. Moreover, the candidate should be a role model for students and other faculty and their work must be of such character that it has the potential to elevate the standards of scholarship or creative activity of colleagues both within and beyond their academic fields. Their work must be of such quality that students and scholars on other SUNY campuses would wish to benefit from lectures and seminars, or other appropriate presentations the faculty members might provide. Further, to be eligible for nomination, a faculty member must have attained and held the rank of full professor for five years, and must have at least one year of full-time service at the nominating institution.

Professor Yusuf A. Hannun
Dr. Hannun, Joel Kenny Professor in Cancer Research, has conducted NIH-funded research for more than 30 years, with a focus on cutting-edge research on bioactive lipids, specifically studying and introducing to the scientific community the metabolism and function of bioactive sphingolipids. Based on the staggering volume of his pioneering studies, the field of sphingolipid mediated cell regulator is now one of the fastest growing areas of contemporary cell biology research with thousands of publications each year. He has more than 550 scientific publications, and has been recognized with many national and international awards and honors. He is an elected member of the Association of American Physicians, the American Society of Clinical Investigation, and a Fellow of the American Association for the Advancement of Science. He has received the American Society of Biochemistry and Molecular Biology Avanti Award in Lipids, the European Lipid Science Award, and the Kuwait Prize. As Director of the Stony Brook University Cancer Center, he spearheaded efforts to earn the Center its National Cancer Institute (NCI) designation.

Dr. Tonge, Professor of Chemistry and Radiology (by courtesy), is Co-Director of the NIH-funded T32 Chemical Biology Training Program, Lead for the Biomolecular Imaging Faculty Cluster, and Director of the Center for Advanced Study of Drug Action. He is also Associate Editor for ACS Infectious Diseases. Dr. Tonge has approximately 200 publications and patents including chapters and reviews and has advised 44 doctoral students and 12 master’s students. His research program combines kinetic, structural, synthetic, computational, and biophysical approaches to develop inhibitors of enzyme drug targets. Dr. Tonge has pioneered rapid synthetic methods with carbon-11 and fluorine-18 to label tuberculosis drugs. He works to develop drugs that have extended target engagement, resulting in decreased side effects and increased compliance. His research has provided exceptional insight and knowledge on the mechanisms of the interactions between chemical compounds and living systems. Dr. Tonge’s interests in translational research led him to co-found the START-UP NY company Chronus Pharmaceuticals Inc. to help commercialize novel therapeutics and diagnostics.

Dr. Zhang, Professor in the School of Marine and Atmospheric Sciences, has made novel contributions to climate science in the areas of climate feedback with clouds, climate model physics, and methods to utilize field data to Earth’s climate in sophisticated computer models. He has authored or co-authored 143 papers, and his work has garnered more than 12,400 citations. His cloud resolving mathematical scheme is widely used by many modeling communities and investigators worldwide. While Dean of Stony Brook’s School of Marine and Atmospheric Sciences for six years, Dr. Zhang continued to serve as Principal Investigator on several research projects supported by the Department of Energy, National Science Foundation, and the National Aeronautics and Space Administration. Dr. Zhang is Editor-In-Chief for the American Geophysical Union’s highly regarded, peer-reviewed Journal of Geophysical Research-Atmospheres. He was elected to the International Eurasian Academy of Sciences, and became an Honorary Professor at both Tsinghua University (2010) and the Chinese Academy of Science. For his contributions to climate science, Dr. Zhang shared the Nobel Peace Prize with the Intergovernmental Panel on Climate Change and former Vice President Al Gore in 2007. 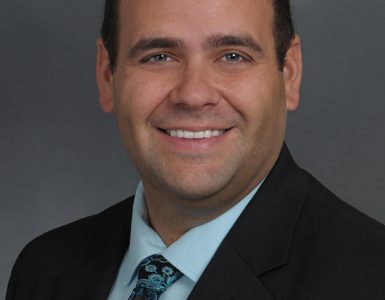