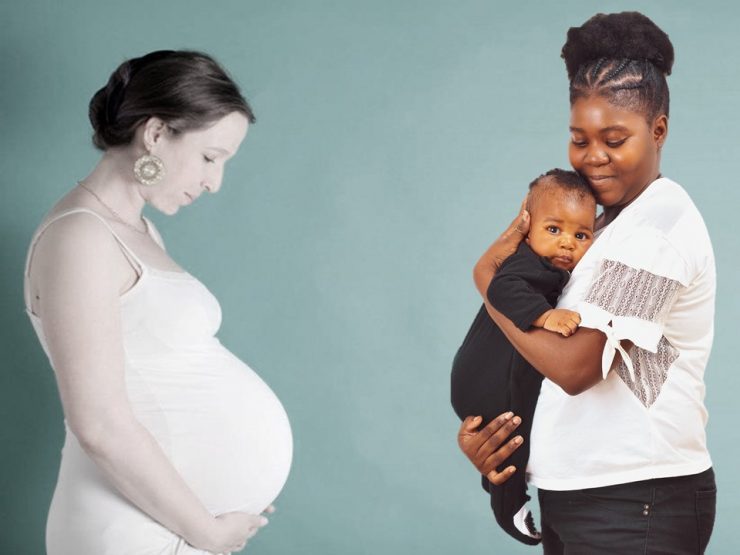 A new study summarized in a research letter published in JAMA Pediatrics reveals that a number of factors, including negative impacts from the pandemic during pregnancy, healthcare experiences, and reports of discrimination, made it less likely that infants received their recommended vaccinations in the first months of their lives. Led by Principal Investigator Heidi Preis, the study serves as an indicator that a focus on vulnerable pregnant women, especially during a public health crisis, may help to promote infant vaccination.

“Early infant vaccination is one of the strongest predictors of future vaccination,” said Preis, research scientist in the Department of Psychology, and assistant professor of research in the Department of Obstetrics, Gynecology and Reproductive Medicine at the Renaissance School of Medicine at Stony Brook University. “Infant vaccination declined during the pandemic onset and continues to be a concern as the spread of misinformation has led some parents to become vaccine hesitant. This is one reason we need to continue educating families about the importance of infant vaccination.”

Data that led to the findings comes from the Stony Brook University COVID-19 Pregnancy Experiences (SB-COPE) study. SB-COPE was launched in April 2020 and monitors 7,000 women across the United States who were pregnant during the pandemic. Preis and colleagues collected data from the women over time, investigating a variety of physical and mental health outcomes in mothers and their children. For this study, data on the immunization status of more than 1,000 babies born from April thru July 2020 was analyzed.

According to the research team’s findings, infants born to certain groups of mothers were less likely to receive recommended vaccinations by three-to-five months after birth, including mothers who lost income during the pandemic, those who were dissatisfied with their birth experience, and women who had less education, were younger, or cared for additional children. The mothers most affected were those who had their prenatal care provided by telehealth and women who had a briefer hospitalization stay after birth: their infants were 2.6 times less likely to be fully vaccinated by three-to-five months of age. Additionally, the infants of women who experienced discrimination during pregnancy due to their race, gender, sexuality, or body size were 2.3 times less likely to be fully vaccinated by this age.

The SB-COPE study, which remains ongoing, was funded by a COVID-19 Seed Grant from Stony Brook University’s Office of the Vice President for Research and the Institute for Engineering-Driven Medicine. The work is in collaboration with the departments of Psychology, Obstetrics and Gynecology, Applied Mathematics and Statistics, Psychiatry, and Pediatrics.

Additional grants for the research include support from the National Institutes of Health. Co-authors of the current publication are Marci Lobel, Brittain Mahaffey and Susmita Pati, all from Stony Brook University.

Other published findings from SB-COPE thus far have documented heightened levels of stress, anxiety, depression, and other mental health problems among women who became pregnant at the pandemic outset and the impacts of such distress on women’s and infants’ health.