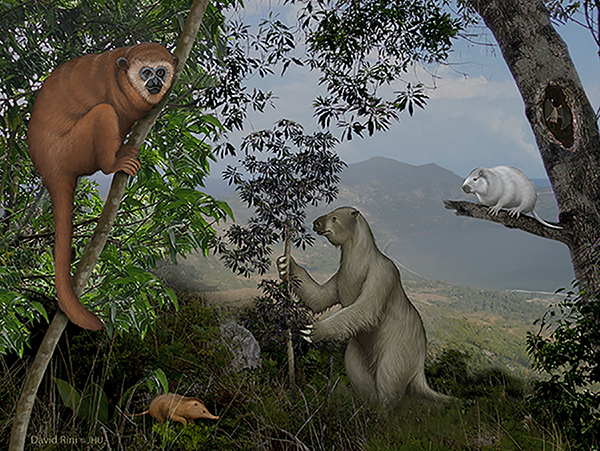 A new study by a team of international scientists jointly led by Stony Brook University Professor Liliana M. Dávalos and Professor Samuel Turvey of the Zoological Society of London reveals that the largest and smallest mammals in the Caribbean have been the most vulnerable to extinction. The findings, published in the Proceedings of the Royal Society B, help predict future extinction risk and inform the conservation strategies needed to prevent future biodiversity loss.

Most past studies find that larger mammals go extinct more often, so this study’s findings are unusual. Titled “Where the Wild Things Were,” the paper looked at past extinction patterns across the Caribbean mammal fauna to help scientists understand the factors that predispose species to extinction. With mammal extinction, what they found is that size does indeed matter in life.

The islands of the Caribbean have long been a source of fascination for scientists and conservationists. They were once home to a diverse array of land mammals including sloths, primates, unusual insectivores and giant rodents, but the arrival of different waves of human colonists from around 6,000 years ago onward instigated the largest series of human-caused mammal extinctions since the end of the last Ice Age.

Only 11 native Caribbean rodents and two insectivores still survive today — including the two solenodons, large shrew-like mammals that have the unique ability to inject venom into their prey using modified grooved teeth. Both solenodon species are the only representatives of an ancient mammalian lineage that diverged from the ancestors of all other living mammals during the time of the dinosaurs, approximately 76 million years ago.

Dávalos, a professor in the Department of Ecology and Evolution in the College of Arts and Sciences, designed and completed the statistical analyses that led to the findings. By carrying out the study at the level of mammal populations instead of species, the team’s methods were able to account for the effect of varying environmental conditions across different islands on species’ chances of survival.

Conducting a huge-scale analysis that included records of extinction patterns for 219 land mammal populations across 118 Caribbean islands, the study went beyond previous research into Caribbean mammal extinctions, which has largely focused on reconstructing last-occurrence dates for extinct species and matching them with specific historical events. This study instead sought to identify wider ecological patterns — such as the relationship between body mass and extinction risk — that influence a mammal’s chance of survival in response to human activities.

They found that medium-sized Caribbean mammals — like the solenodons — have been less sensitive to extinction compared to both their smaller and larger counterparts.

“To answer questions such as ‘what traits predispose species to survival?’ Or ‘what island features are associated with extinction?,’ we studied each population on an island as a natural experiment,” says Dávalos. “With enough of them, patterns that have often been discussed but couldn’t quantify start to emerge. Without the large database of many natural experiments in the Caribbean and powerful computing approaches, there is no way to answer these questions.

“The analyses also showed that Caribbean mammals of all sizes were less likely to survive on the earliest-colonized islands by humans and more likely to survive on tiny, low-elevation offshore islands, meaning that their future survival could be at risk from climate change and rising sea levels unless measures are put in place to protect these vital natural refuges.”

“Preventing the extinction of highly endangered species requires an awareness of not only the immediate risks to their survival, but also the history of human-caused biodiversity loss — and the unique insights that the past can provide about species’ vulnerability or resilience under differing conditions,” adds Professor Turvey.

“The Caribbean islands are home to unique mammalian biodiversity, which has tragically been almost completely wiped out by past human activities. Our study clearly highlights the importance of learning from the past to make the future better — we must use information from the historical, archaeological and recent fossil records to inform current-day conservation, or else we risk losing these remarkable species forever.”

Research for this study was supported in part by the National Science Foundation (NSF). Additional funding by the NSF enabled analyses by the SeaWulf computing system at the Institute for Advanced Computational Science at Stony Brook University.

College of Arts and Sciences Ecology and Evolution extinction 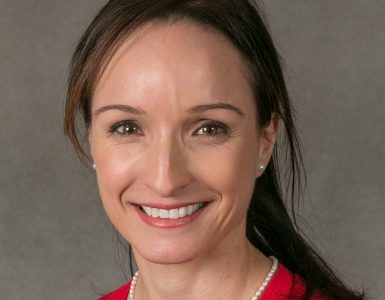