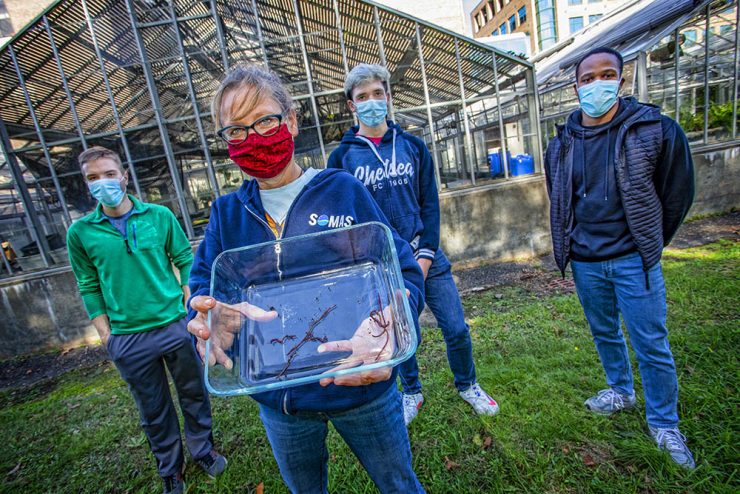 Roundup herbicides, with glyphosate as their active ingredient, are used in agriculture, forestry management, horticulture and in urban settings. When exposed to Roundup formulations and glyphosate, worms endure a suite of sublethal changes, potentially impacting their ability to provide ecosystem services. Roundup applications also impact soil microbes, which aid soil in delivering ecosystem services. The experiment described sought to establish the length of time needed between herbicide application and earthworm and soil microbe recovery.

The study found that exposing worms and soil microbes to a Roundup formulation commonly used in urban settings, at about twice the recommended dose, did not impact earthworm mortality or body mass. However, worms significantly decreased their stress-test survival time, and soil microbes significantly declined in biomass after exposure. While worms demonstrated the strongest decline one week post exposure, and soil microbes demonstrated the strongest decline two weeks post exposure, both worms and soil microbes recovered by the third week. Roundup applications can potentially be timed so as to maximize the probability that soil-dwelling organisms remain unharmed by contamination, the authors recommend.

The Sustainability Studies Earthworm Ecotoxicology Lab, run by Sharon Pochron, involves students in investigating the role of environmental toxins, like acid rain, Roundup and fertilizer, on earthworm biomass and survivorship. Based in the Life Sciences Greenhouse, this research involves undergraduates at every level: from planning, to data collection and analysis, cumulating in publication.