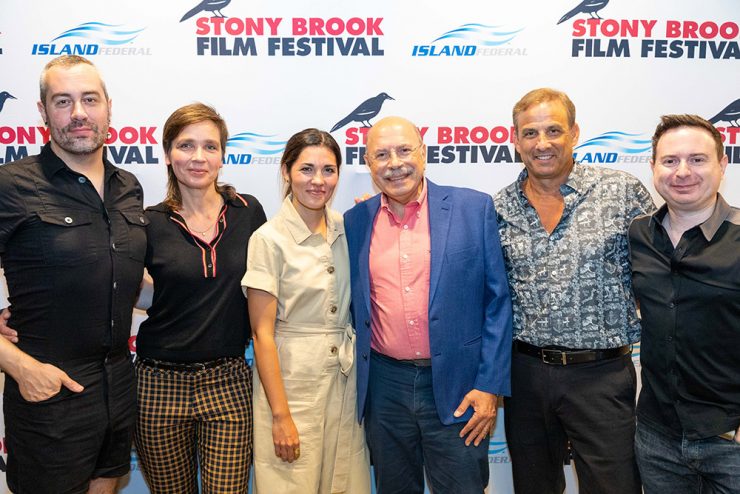 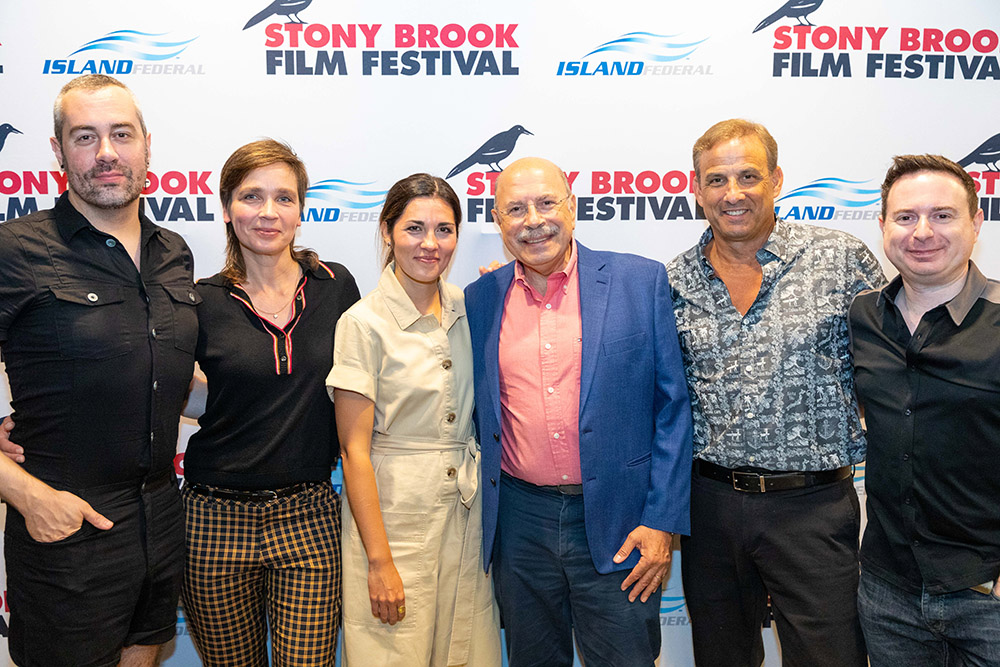 Special recognition was given to Dr. Gabriel A. Sara (of Peaceful) on receiving the festival’s first-ever Humanitarian Award. 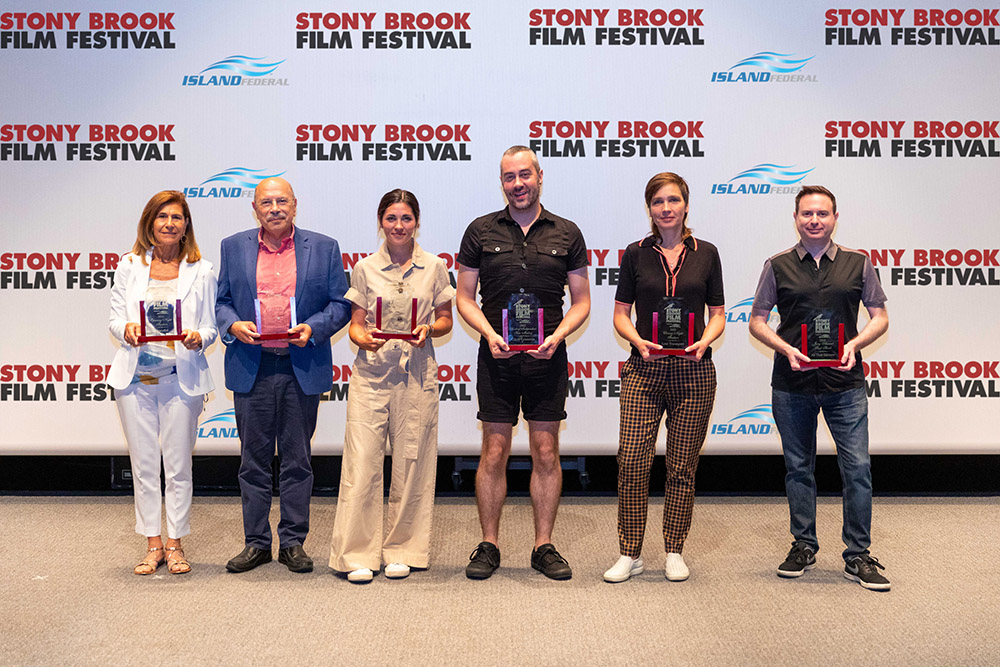 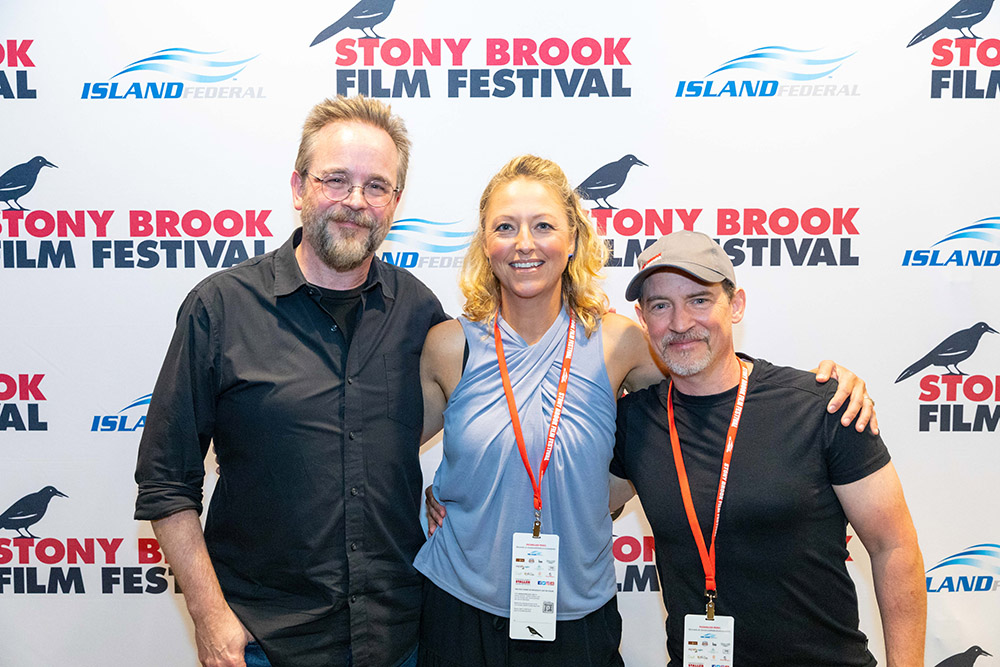 Highlighting the live Awards Ceremony was a presentation by the filmmakers of Red River Road, winner of the 2021 Spirit of Independent Filmmaking Award. Writer/director Paul Schuyler proudly announced that Red River Road was acquired for distribution by Veritas Films with the help and support of the Stony Brook Film Festival.

“For over 27 years, filmmakers have continually conveyed to us that we are the most hospitable festival they’ve been to,” said Alan Inkles, director of the Stony Brook Film Festival. “We are able to treat our filmmakers like royalty because we have two constituents in mind when we plan our festivals — our filmmakers and our audience. With the support of Island Federal and many of our other supporters, we are proud to provide a full experience to our audience, bringing together filmmakers and cast members from all over the world to give first-hand accounts of their process.”

The Spirit of Independent Filmmaking Award is presented to a filmmaker whose work exemplifies the spirit and breadth of filmmaking where the focus is on the art and most often produced with an extremely limited budget. For 2022, Glob Lessons, directed by Nicole Rodenhurg and written by Rodenburg and Colin Froeber, received this special award. 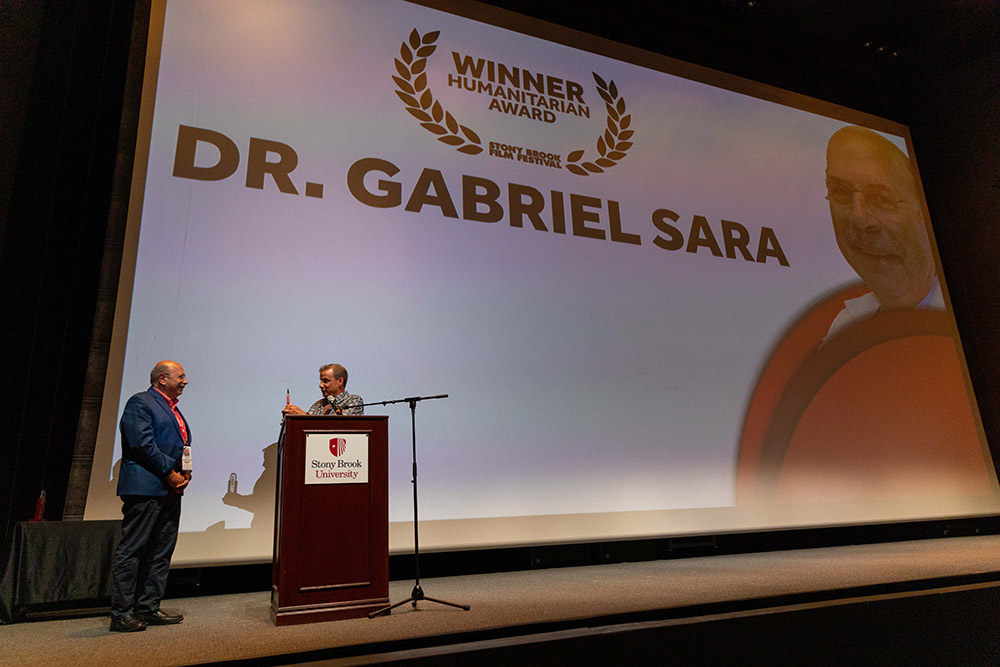 This year’s festival bestowed a special Humanitarian Award on Dr. Gabriel Sara, co-star of and consultant on the opening night feature, Peaceful. A cancer specialist at Manhattan’s Mt. Sinai West, Dr. Sara helped launch The Helen Sawaya Fund, a philanthropy program whose mission is to enhance the experience of cancer patients through art and music.

“The dignity and empathy which Sara brings to his work became the impetus for Peaceful, a film that touched us all so deeply,” said Inkles. “We are proud to confer our first-ever Humanitarian Award on Dr. Sara for his vital and important work in improving the lives of cancer patients.”