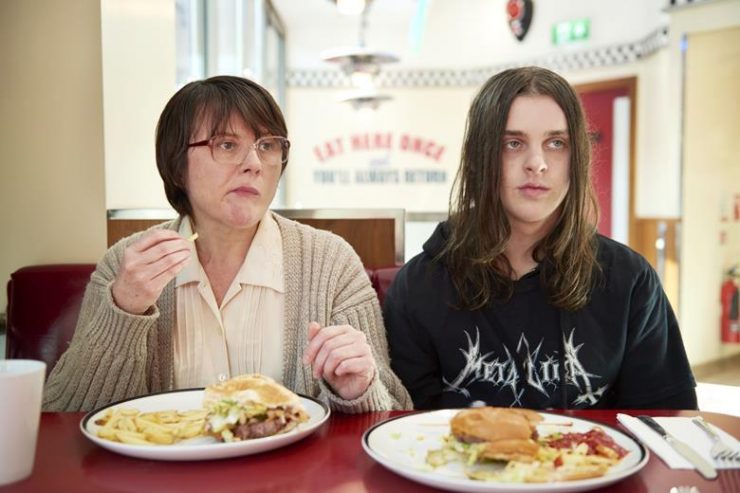 Staller Center’s Spring 2021 Film Series goes virtual on February 11, 2021. This year’s Film Series features 13 independent films you won’t see anywhere else and presents award-winning and record-breaking films from around the world. The Staller Center’s entire spring season will be virtual. The 2021 Film Series will be available for viewing from the comfort of your living room using the IndieFlix Festivals app. The full schedule is listed below.

Patrons and households can view all films with one $50 film pass. The series is 12 weeks long from February 11 through May 2 and will feature ten new premieres and three bonus films from previous Stony Brook Film Festival events. All movies will be available on-demand to watch and re-watch from Thursdays at 7 pm through Sundays at midnight. Single tickets are also available for purchase.

Inspiring and often challenging, the films explore family and social conflict, health and healthcare issues, social justice issues, drug addiction and abuse, and so much more.

To read a description for each film click here.

Days of Bagnold Summer kicks off the Spring Film Series on February 11. Bagnold Summer is a comedy from the UK that draws you into the wobbly relationship between a well-intentioned single librarian and her black-clad teenage son Daniel. Daniel’s trip to Florida to visit his father gets canceled. Now, Daniel, who’d rather be listening to Metallica, is stuck with his mother for the summer.

Asia, an Israeli film starring Shira Haas (Emmy-nominated star of the hit Netflix series Unorthodox), explores motherhood’s challenges with a teenage daughter. Asia tries to achieve a balance between asserting parental authority and respecting the daughter’s point of view. Still, when health issues lead the daughter to use a wheelchair, the mother, Asia, realizes she must get out of the way so that her daughter can live her life. Asia will be available to view from February 18 through February 21.

Yalda was the Grand Prize Winner, World Cinema at the 2020 Sundance Film Festival and will be featured in the Staller Center Spring Film Festival the weekend of April 8. Yalda is a unique and daring drama out of Iran, directed by Massoud Bakhshi. The lights and cameras are all in position. The moderator takes a last quick look at his notes. The final seconds of the intro ad roll by, and then the show goes live. Tonight’s guest is Maryam, a young woman condemned to death for murdering her husband. With her in the studio is Mona, the daughter of the dead man. Maryam is supposed to beg for forgiveness, and her life, for the camera. If Mona grants her forgiveness, Maryam will live; If she denies it, Maryam will die. Alluding to a real, popular Iranian TV show, the television studio serves as a stage for a startling chamber play between these two women and the social pressures behind their circumstances. Sharp direction and astounding performances by Sadaf Asgari, Behnaz Jafari, and Babak Karimi will keep you on the edge of your seat from beginning to end.

Blizzard of Souls is Latvia’s highest-grossing film ever produced. Latvia’s submission to the 2021 Academy Awards Best Foreign Film will be available to view from the Staller Center the weekend of April 22. Blizzard of Souls pays stark witness to the horrors and brutality of the First World War, as seen through the eyes of an innocent 17-year-old farm-boy turned soldier. Though he is underage, and his dad, a former marksman, is too old for the army, they are both conscripted into one of Latvia’s first national battalions. The thrill of training is soon followed by reality, as shells burst around them in the endless mud. The film, adapted from the book by Aleksandrs Grins, which was banned in the USSR, and based on Grins’ own war experiences in a Latvian battalion, is the biggest box office success in Latvia in the past 30 years. Director Dzintars Dreibergs and actors Oto Brantevics, Ieva Florence, and Raimonds Celms take you into war with them in this cinematic masterpiece.

Films will be shown virtually on the IndieFlix Festival App. A film pass to see all the films is available for only $50 and can be purchased at stallercenter.com/movies. The season pass includes access to the three bonus films. Individual film tickets are also available for purchase.

Films have not been rated. Viewer discretion is advised.

The Career Center’s Diversity Job and Internship Fair will be held virtually from 12:30 pm to 4 pm on Friday, Nov. 5, with close to 90 employers, nearly double the turnout from the previous year. The event, now in...