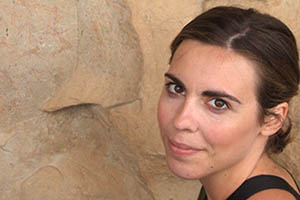 While skin pigmentation is nearly 100 percent heritable, it is far more genetically complex than previously thought.

According to a new study published in Cell, co-authored by Stony Brook’s Brenna Henn, the genetics of skin pigmentation become progressively complex as populations reside closer to the equator, with an increasing number of genes—known and unknown—involved, each making a smaller overall contribution.

Researchers from SBU, Stanford University and the Broad Institute of MIT and Harvard worked closely with the KhoeSan, a group of populations indigenous to southern Africa. They found that earlier studies of the genetics of skin pigmentation are misleading because they rely on datasets that heavily favor northern Eurasian populations.

According to Henn, the findings highlight a previously unsuspected strong role for polygenecity – many genes playing a role in skin pigmentation, as well as the need for scientists to study diverse and understudied populations worldwide to get the full picture of the genetic architecture of human skin pigmentation.

“We need to spend more time focusing on these understudied populations in order to gain deeper genetic insights,” said Brenna Henn, assistant professor in the Department of Ecology and Evolution in the College of Arts and Sciences at Stony Brook University.

The paper is a culmination of seven years of research that spanned several institutions, starting with a collaboration between Stellenbosch University in South Africa and Stanford University in Carlos Bustamante’s lab, where Henn and co-author Alicia Martin, a postdoctoral scientist at the Broad Institute, trained. Martin, Henn, and their colleagues spent a great deal of time with the KhoeSan, interviewing individuals, and taking anthropometric measurements (height, age, gender), and using a reflectometer to quantitatively measure skin color. In total, they accumulated data for approximately 400 individuals.

The researchers genotyped each sample — looking at hundreds of  thousands of sites across the genome to identify genetic markers linked with pigmentation measures — and sequenced particular areas of interest. They took this information and compared it to a dataset that comprised nearly 5,000 individuals representing globally diverse populations throughout Africa, Asia, and Europe.

What they found offers a counter-narrative to the common view on pigmentation.

The prevailing theory is that “directional selection” pushes pigmentation in a single direction, from dark to light in high latitudes and from light to dark in lower latitudes. But Martin and Henn’s data showed that the trajectory is more complex. Directional selection, as a guiding principle, seems to hold in far northern latitudes. But as populations move closer to the equator, a dynamic called “stabilizing selection” takes effect. Here, an increasing number of genes begins to influence variability. Only about 10 percent of this variation can be attributed to genes known to affect pigmentation.

“The full picture of the genetic architecture of skin pigmentation will not be complete unless we can represent diverse populations worldwide,” said Henn.