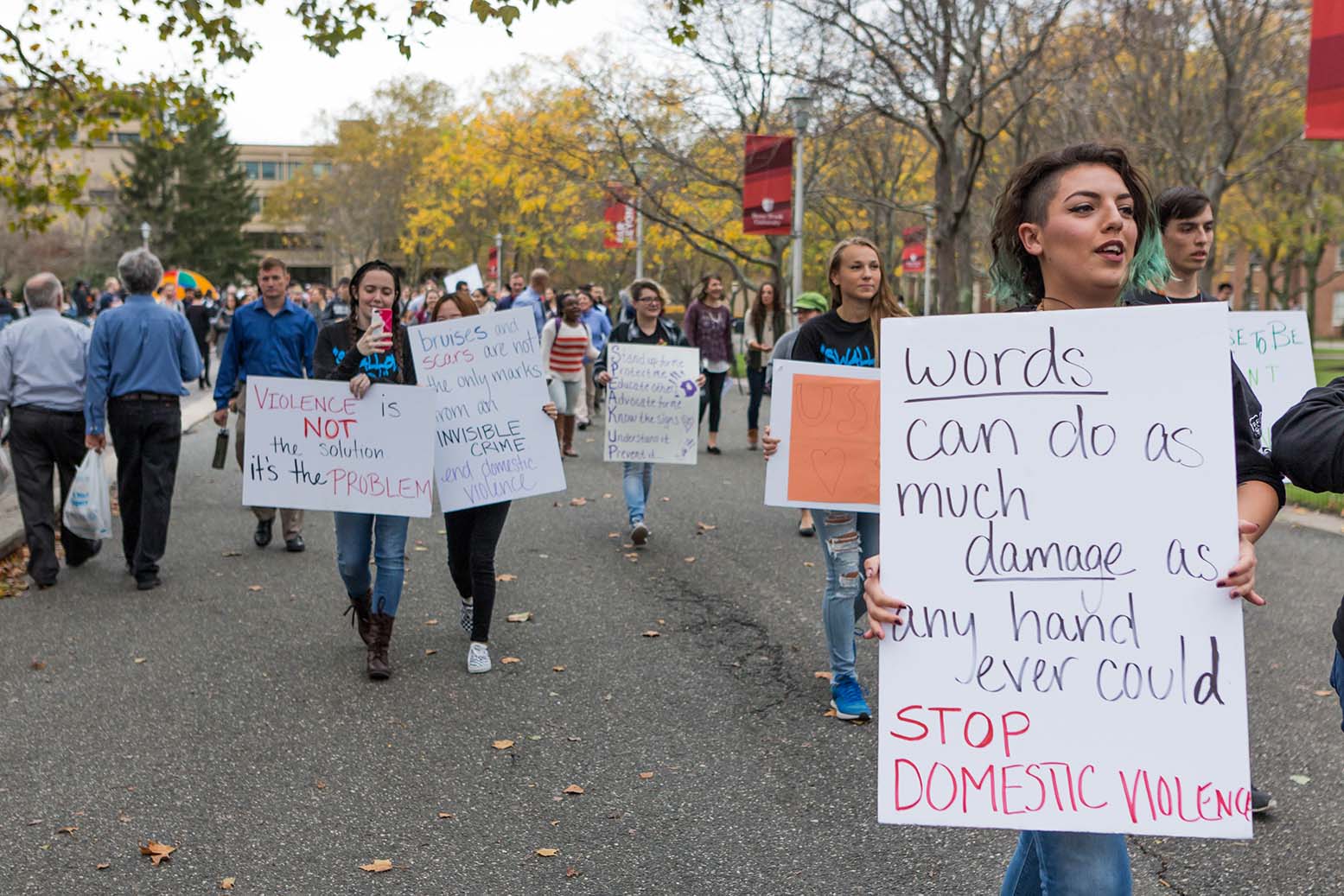 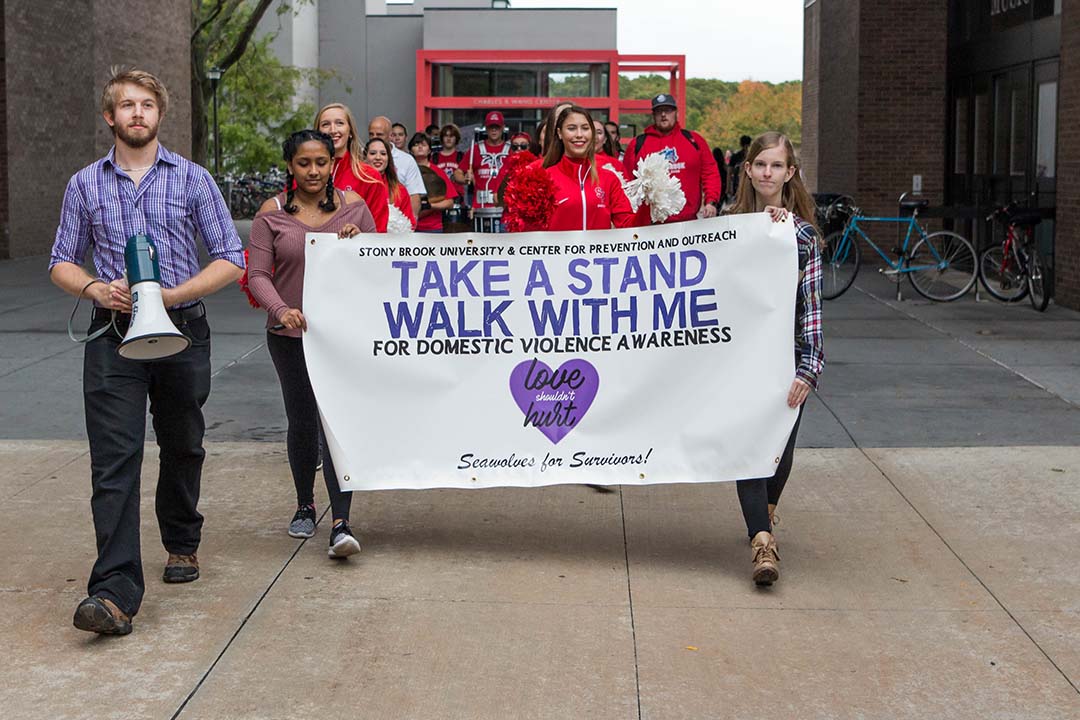 Students, staff and faculty came together on October 25 for Stony Brook’s annual “Take A Stand, Walk With Me” march around campus to raise awareness of domestic violence.

The annual event is organized by the Center for Prevention and Outreach (CPO) as part of Domestic Violence Awareness Month. CPO hosted a variety of events throughout the month of October to spread awareness about the issue and raise funds for victims of domestic violence, culminating with this campus-wide walk focusing on ending all forms of relationship and dating violence.

The march started in the SAC Plaza, where groups congregated with signs reading messages of support for victims and also condemnation of all forms of domestic or sexual violence.

The campus community marched from the SAC throughout the entire academic mall. The Spirit of Stony Brook Drum Corps and Wolfie led the march. Students waved their signs, chanted, and danced to the beat of the marching band’s drums as they walked through campus.

The march concluded with attendees being ushered into the SAC Auditorium for a rally and information fair about domestic violence, featuring representatives from on-campus and community resources like the Green Dot bystander intervention training program.

The rally also featured a display of the Monument Quilt, quilt squares created by survivors of sexual violence and their allies, along with a banner that event participants could sign to express messages of support for those impacted by all forms of interpersonal violence.

“Swallow This!”, a prevention through the arts peer education program that portrays real student scenarios around alcohol or other issues, also gave a performance highlighting students’ experiences with domestic violence.

If you missed the march this year, you can show your support next year when the campus community marches again. In the meantime, you can visit the CPO website to find out more about on-campus resources to combat domestic violence and other issues affecting students.