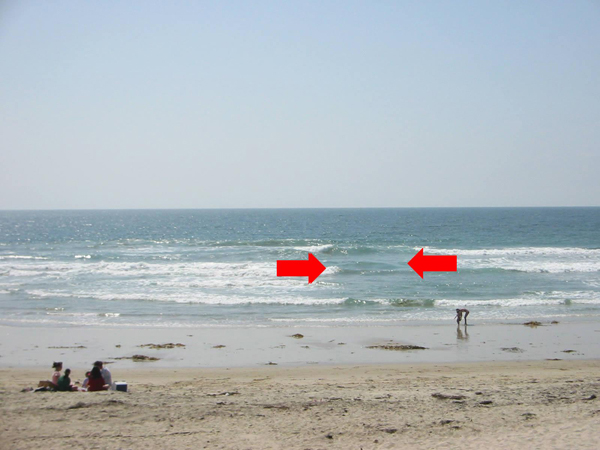 Rip currents, which form as water moves swiftly and powerfully away from the shoreline, can catch and quickly take unsuspecting beachgoers out into deeper water.

“It is a deadly phenomenon, but easily preventable,” said Jase Bernhardt, an assistant professor at Hofstra University and current New York Sea Grant (NYSG)-funded investigator who, along with other principal investigators including four researchers at Stony Brook University, began new two-year projects this past February.

In Bernhardt’s latest investigation, he’s aiming to improve awareness and understanding of rip currents, with a focus on enhanced risk communication methods and products to support the Long Island Latinx community.

“What makes this a real communication challenge is the fact that rip currents themselves aren’t dangerous, per se, it’s the human reaction and lack of understanding about what to do when caught in a rip current that makes them hazardous, and occasionally deadly, for beachgoers,” said Bernhardt.

Partnering with local civic organizations such as Long Beach Latino Civic Association, Bernhardt and his project team members are testing existing and newly developed English and Spanish language rip current outreach tools, including a novel virtual simulation that builds upon one he recently created in a separate NYSG project.

“Most current rip current signage and outreach is in English, and there are many folks on Long Island for whom English is not a first language. So we want to better service those who may not speak and understand English,” said Bernhardt, “and figured this is an ideal starting point for improving our outreach given that Spanish is the leading language for non-English speakers in the region.”

The National Oceanic and Atmospheric Administration (NOAA) and the National Weather Service (NWS) estimate that about 100 bathers, swimmers and other beachgoers in the United States die annually from rip currents. As of July 27, 31 deaths had been attributed to rip currents nationally, according to NOAA. “We want that number to be zero,” said Bernhardt. “We don’t want any barriers — especially, a language barrier — to be the reason it isn’t.”

The hope is that the Spanish translations can become a model for future translations, including Chinese and Russian. Additionally, Kathleen Fallon, a NYSG coastal processes and hazards specialist at Stony Brook, says it is key to extend concepts from crucial studies like these into communities: “As we’ve seen with Sea Grant’s fact sheet and other resources, it’s important to educate beachgoers not only about rip currents but also instruct them on how to avoid getting caught in the grip of rips.”

Fallon says efforts to scale up outreach efforts are proving to be beneficial, as evidenced in Sea Grant’s partnership with the Mid-Atlantic Regional Association Coastal Ocean Observing System (MARACOOS) to create a network of surf-hazard professionals.

Those already providing feedback range from professors and researchers at Stony Brook, Hofstra and other local universities, to NOAA and NWS forecasters and modelers, to beach managers and lifeguards throughout Long Island. Others interested in joining can email SHARC@MARACOOS.org or visit www.sharcnetwork.org.

Since 1971, New York Sea Grant, a cooperative program of Cornell University and the State University of New York, has been one of 34 university-based programs under NOAA’s National Sea Grant College Program. The extension portion of NYSG’s programming is administered through Cornell Cooperative Extension. 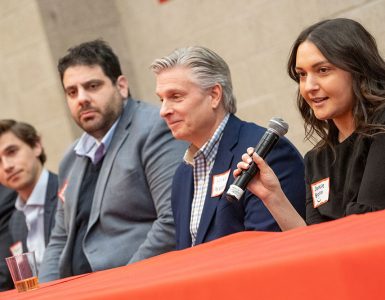