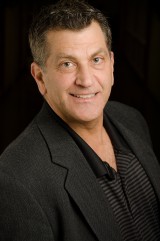 The 60th annual Drama Desk Awards will be held May 31 at Town Hall in New York City, and Steve Marsh, director of Graduate Studies in the Department of Theatre Arts at Stony Brook University, has been chosen as one of six members of this year’s nominating committee.

“I love having the opportunity to share with my students and fellow faculty the amazing experience of having seen almost 300 new plays during the 2014-15 theatre season,” said Marsh. “It gives me a greater appreciation for the work we do here in the Department of Theatre Arts.”

The Drama Desk was founded in 1949 to explore key issues in the theater and bring together critics, writers, editors and publishers in an organization to support the ongoing development of theater in New York. The organization began presenting it awards in 1955, and is the only critics’ organization honoring achievement in the theater with competition among Broadway, Off Broadway and Off-Off Broadway productions in the same categories.

The show will be streamed live on May 31 at www.theatermania.com.

Journalism that is focused on responses to problems will be integrated into the teaching, research and service of leading journalism programs.