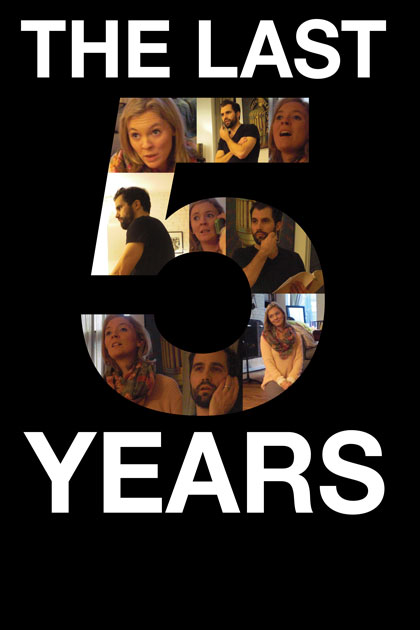 The Stony Brook Opera will step outside the opera repertory to present the hit musical “The Last Five Years” by Tony Award-winning composer Jason Robert Brown. Stony Brook’s production coincides with the film adaption of the musical, scheduled for major release in movie theaters on February 13. Stony Brook Opera will give its first performance on Friday, February 13, at 8 pm in Staller Center’s Recital Hall, and the second show will be on Sunday, February 15, at 8 pm at the National Opera America Center in New York City.

“The Last Five Years” recounts the rocky five-year marriage between Jamie Wellerstein, a rising novelist, and Cathy Hiatt, a struggling actress. The plot manipulates time and perspective — Cathy’s story is told in reverse while Jamie’s is told in chronological order — and the characters’ timelines intersect in the middle for an emotional wedding duet.

Starring in the Stony Brook production are soprano Corrine Byrne and tenor Gennard Lombardozzi, both versatile singers with professional credits ranging from leading roles in regional opera companies to headlining jazz ensembles. Lombardozzi recently received his doctorate in vocal performing arts at Stony Brook and Byrne is expected to graduate from the program this year. The two were cast due to a strong on-stage chemistry, put to the test last year in concert. “They were both so captivating on stage and so well suited to one another vocally and temperamentally,” said David Lawton, artistic director of the Stony Brook Opera.

Director Jennifer Aylmer has kept the production minimal in style to put the main focus on the singers, who will be accompanied by a small chamber orchestra that includes advanced performers from Stony Brook’s graduate music program. Timothy Long, associate professor of opera studies, will conduct.

“Jason Robert Brown has crafted for us a romance, but he intentionally blurs our perspective of that relationship by immersing us in both the past and present, simultaneously,” said Aylmer. “In order best to tell the story of our lovers, Cathy and Jamie, the staging is simple and intimate, allowing us to focus better on those critical emotional peaks that defined their romance.”

“The Last Five Years” won two Drama Desk Awards in 2002 for Outstanding Musical and Lyrics and garnered praise nationally and internationally. Composer Jason Robert Brown is known for pushing the boundaries of Broadway with a contemporary pop/rock style and for finding a balance between complexity and accessibility for newer audiences.