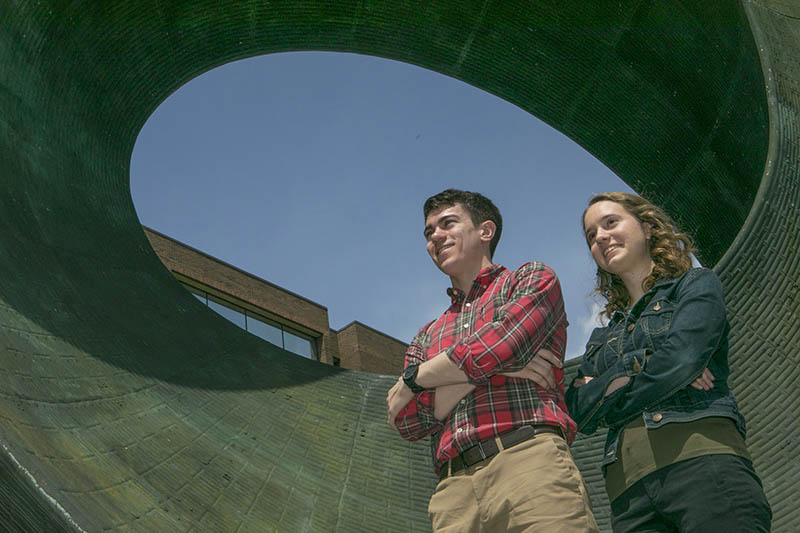 The Goldwater Scholarship recognizes promising research leaders in the fields of science, mathematics and engineering. The award includes a scholarship intended to help cover academic costs for the scholars based on merit and financial need. Nicole Soder ’19 also received an Honorable Mention in the competition.

“This distinction means a great deal to me, and I am proud to be able to represent Stony Brook University and the Shroyer/Escobar-Hoyos and Moffitt laboratories at Stony Brook Medicine,” said Ryan, who intends to pursue an MD/PhD with the goal of leading a cancer research lab as a professional investigator.

“This certainly would not have been possible without the great network of support that I have here at Stony Brook, and I owe a lot of my success to those who have taken me under their wing over the past few years to provide me the opportunity to pursue my research interests,” he said.

Ryan works with Kenneth Shroyer, MD, PhD, and Luisa Escobar-Hoyos, PhD, in the Department of Pathology at Stony Brook Medicine. He is leading a project that aims to understand the molecular mechanisms of Keratin 17, an oncogene, that may be contributing to pancreatic cancer aggression. He is also jointly mentored by Richard Moffitt, PhD, in the Departments of Biomedical Informatics and Pathology at Stony Brook Medicine, and is helping him with a project on evaluating the inconsistencies between gene sequencing across several methods of sample isolation in pancreatic tumors.

“Ryan has been fortunate to have an especially strong network of research mentors,” said External Scholarships & Fellowships Advisor Jennifer Green. “Stony Brook has a long and proud history with the Goldwater Scholarship competition. I am so pleased that Ryan and Nicole are continuing the tradition. They are both ideal representatives of the creative and innovative contributions undergraduates make to SBU’s research enterprise.”

Nicole Soder intends to obtain a PhD in applied mathematics after graduation. Her research mentors are David Biersach of Brookhaven National Laboratory and Robert Harrison, Professor in the Department of Applied Mathematics and Statistics.

“I am incredibly honored to have been selected as an Honorable Mention in the Barry Goldwater Scholarship, said Nicole. “I was grateful just to be nominated.”

The Barry M. Goldwater Scholarship and Excellence in Education Program, named after the five-term Arizona Senator, is one of oldest and most prestigious nationally competitive awards in the natural sciences, engineering and mathematics.

There were 1,280 total nominations received nationally by Goldwater from 455 unique institutions. Ryan is one of only 211 Scholars named this year.

The scholarship has been awarded annually to approximately 300 college sophomores and juniors since 1986. It is awarded based on merit and the amount given is determined by the student’s financial needs, up to a maximum of $7,500 per academic year. 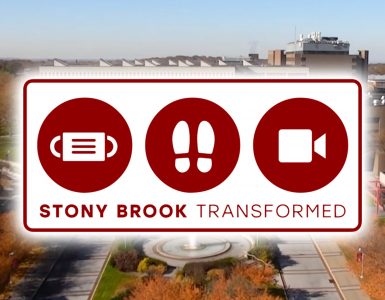