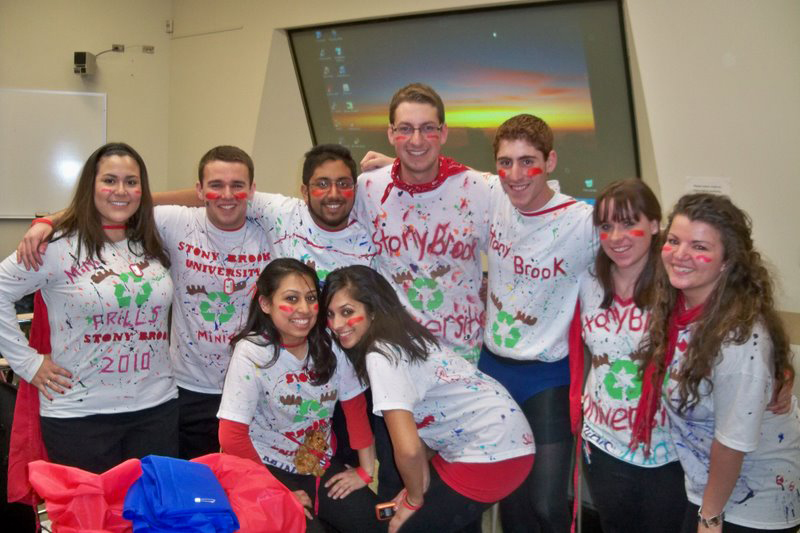 The North East Affiliate of College and University Residence Halls (NEACURH) has named Stony Brook’s Residence Hall Association (RHA) as the regional School of the Year for 2009-2010 out of the 45 affiliated schools within the New York and New England region. NEACURH has also awarded the title of Outstanding Chapter of the Year to Stony Brook’s National Residence Hall Honorary (NRHH): Gina M. Vanacore Chapter for the year of 2009-2010, their second year in a row.

These sister organizations are part of a national system known as the National Association of College and University Residence Halls Incorporated (NACURH Inc.), the largest student-run organization in the world representing more than 400 colleges and universities.

“This distinction is a true honor because the hard work the students have done for our campus has been noticed by their peers across the nation,” said Peter M. Baigent, Vice President for Student Affairs. “The recognition of Gina Vanacore’s leadership symbolizes an exceptional commitment by her and other staff at Stony Brook on behalf of the student body.”

The School of the Year award is the highest honor that the regional affiliate can bestow upon a Residence Hall Association. The award recognizes “outstanding achievements on the campus level by a residence hall organization and associated groups, as well as contributions on regional and national levels. The Residence Hall Association represented their entire school with a dynamic sustainability theme, showcasing Stony Brook’s strongest initiative.

In addition, in January, RHA and NRHH were awarded a $2,770 programming grant from NACURH to collaboratively host a two-month-long series of events entitled Sustain-A-Thon.

The aforementioned accomplishments, in addition to many others, have earned both RHA and NRHH the titles of School of the Year and Chapter of the Year for 2009-2010. The two organizations will submit revised nominations to NACURH later this year for consideration for the national title.

“The students who are the driving force in RHA and NRHH are among the most energetic and dedicated student leaders on the campus,” said Dallas W. Bauman III, Assistant Vice President, Division of Campus Residences. “Their recognition by NEACURH confirms how great they are.”