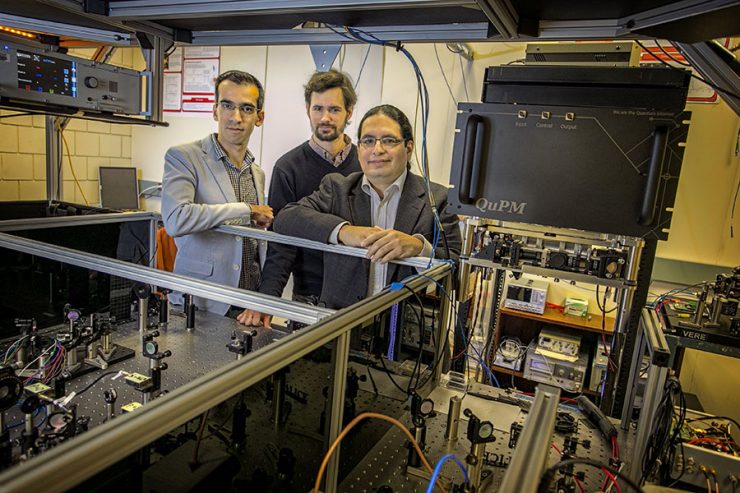 In the search for more secure communications technologies designed to prevent hacking, a team of researchers in Stony Brook University’s Department of Physics and Astronomy created a technology that uses quantum memory applications at room temperatures to securely store and transfer information. Through the Research Foundation for the State University of New York, the Stony Brook-developed technology is licensed to Qunnect, LLC, which will further develop the technology to create cybersecure quantum communication networks.

Quantum Information Technology is based on quantum mechanics, developed in the early 20th Century to explain phenomena classical physics cannot. These technologies are driving the next frontier in computing and communications. Despite digital communication, the security of quantum networks does not depend on mathematical algorithms and is inherently more secure and reliable. The Stony Brook research team is building on its work with quantum memory applications to create these new quantum mechanics-based networks operating over extended distances and at room-temperature.

Led by Eden Figueroa, PhD, Professor in the Department of Physics and Astronomy and head of the Quantum Information Technology Group, the team is developing devices known as quantum “amplifiers” which enable transmission of information carried in photons over much greater distances. He developed this technology over the past five years with Mehdi Namazi, PhD, a former Stony Brook doctoral candidate, and continues researching its applications with colleagues in the Quantum Information Technology Group, including current PhD student Mael Flament.

“We believe quantum memory systems are the future for creating fast, secure data and network systems,” said Figueroa. “Through continued research in our laboratory, we hope to transform quantum mechanics technology functioning at room temperature to where it can be designed as a foundation to create networks that are unhackable.”

The research has been supported by three grants from the National Science Foundation (NSF) totaling approximately $1 million, plus an NSF  I-Corps Award of $50,000 to support commercialization; and an additional $50,000 to develop the prototype device from Stony Brook University’s Discovery Prize funding, as Professor Figueroa was named a finalist for the technology in 2014.

Under the licensing agreement, Qunnect will work toward commercializing the technology, with the goal to apply the technology to develop hyper-secure long-distance communication networks with advantages such as very fast and highly accurate cyber-threat detection capabilities. The company will initially focus on commercial quantum communication networks which are not reliably secure over network distances above 100 kilometers and are vulnerable to transmission losses between the network nodes.

The co-founders of Qunnect, Professor Figueroa and Mehdi Namazi, will continue to develop the technology and serve as the Chief Scientific Officer (CSO) and Associate CSO, respectively. Robert Brill, PhD, a veteran investor of technology companies, will serve as Qunnect’s President.

Qunnect is part of the Stony Brook Incubator Program and is housed in the New York State Center of Excellence in Wireless and Information Technology (CEWIT) at Stony Brook University. 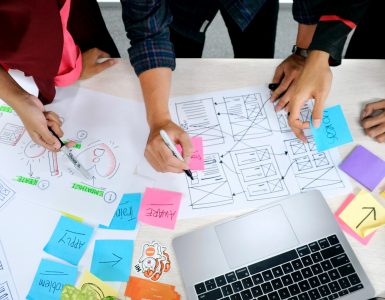 Margaret Schedel and Heather Lynch are collaborating on a joint study of interdisciplinary research and co-authored an op-ed on the subject for Inside Higher Ed.