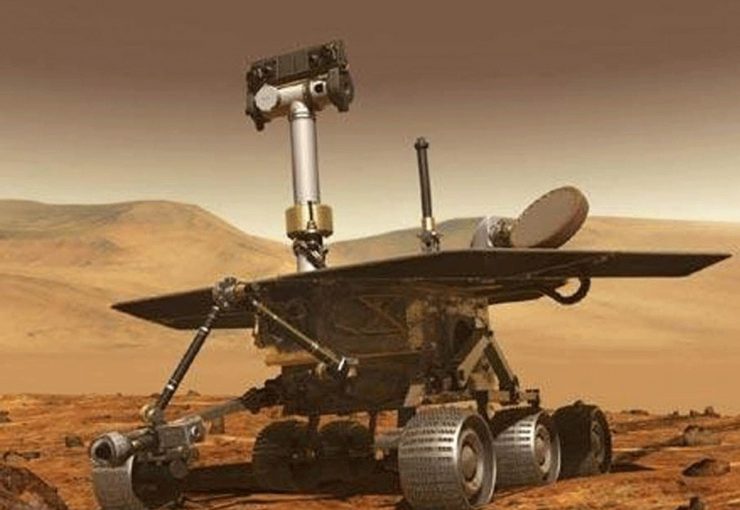 For the third time in his career, Joel Hurowitz, assistant professor in the Department of Geosciences at Stony Brook University, is going to Mars — well, kind of.

“I have invested my professional life in this series of missions. This mission feels like the culmination of the last 14 years of my life. It is definitely a capstone or a mid-career milestone, if you will,” he says.

Hurowitz got involved with the Mars Exploration Rover mission in 2004 when he was a graduate student at Stony Brook University. Following that, he went to work at NASA’s Jet Propulsion Laboratory (JPL) and worked on the Mars Science Laboratory, or Curiosity, rover mission. Now, however, he has reached a professional milestone with the latest rover mission, Perseverance.

After joining the faculty at Stony Brook in 2013, Hurowitz was invited to serve as deputy principal investigator of a JPL-led team that was proposing to fly a new instrument to Mars as part of the science payload on the Perseverance rover. That instrument, called “PIXL” (Planetary Instrument for X-ray Lithochemistry), was selected by NASA on July 31, 2014, and Hurowitz set to work as part of the team that was tasked with building, testing and perfecting the PIXL instrument. The PIXL instrument is attached to the end of the arm of the rover and is designed to examine the chemical makeup of rocks on Mars.

The purpose of his segment of this mission is to seek signs and possibly confirmation of ancient, fossilized microbial life in Martian rocks using the rover science instruments, including PIXL. Once such evidence is established, rock samples will be collected via a drill and set aside in a “cache” during the time Perseverance will be roving the surface of the planet.

“We have established that there was water on Mars, so now we have this opportunity to look at the bigger picture. This chemical information allows us to understand what the environment on Mars was like billions of years ago when the rocks formed, and this chemical information also allows us to understand whether microbial life may have played a role in forming or modifying those rocks,” Hurowitz says.

Although, he says, the exploration of Mars won’t be over with this mission. If the samples are deemed interesting by the greater science community, they will be brought back to Earth via a series of follow-up missions.

Perseverance is set to launch on Thursday, July 30, at 7:46 am. According to NASA, it will be at a point when Earth and Mars are in good positions relative to each other for landing on Mars. The Rover is scheduled to land on Mars on February 18, 2020. The mission is set to last for 2.5 Earth years, equating to 1.25 years on the Red Planet.