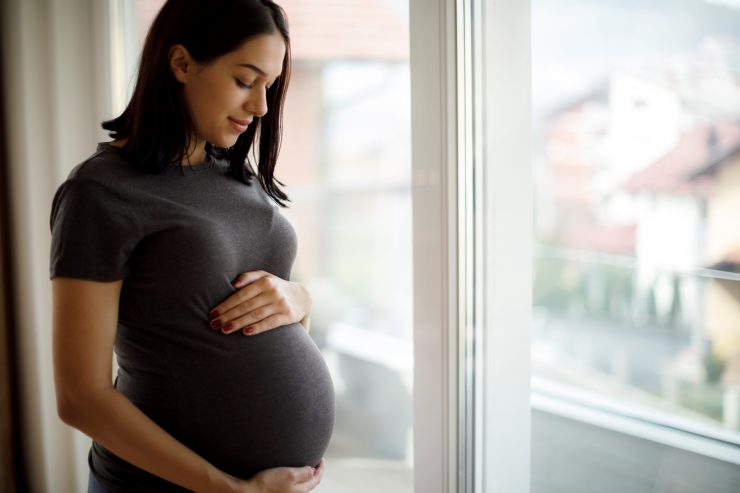 A longitudinal study of 1,899 pregnant women nationwide representing all 50 states reveals that during the COVID-19 pandemic if a pregnant woman had lower socioeconomic status and/or were African American, she was less likely to have the intention of getting a COVID-19 vaccine and of actually receiving it. The study, led by Stony Brook’s Heidi Preis, is published in Health Psychology.

Pregnant women are a vulnerable population for COVID-19 due to their risk for severe symptoms and adverse pregnancy outcomes. This study included women 18 and older who enrolled in the study during the second major wave of the pandemic in December 2020 and completed an additional survey three to four months later during the first quarter of 2021, once COVID-19 vaccines were available.

“We examined predictors of vaccine intention around social determinants of health and how those lead to actual vaccination uptake,” explained Preis, lead author, research scientist in the Department of Psychology, and an assistant professor in the Department of Obstetrics, Gynecology and Reproductive Medicine at the Renaissance School of Medicine. “We found significant vaccination hesitancy that was clearly more prominent in socioeconomically disadvantaged groups, and this was concerning given the vulnerability of pregnant women in general and of disadvantages populations in particular.”

The results of the study indicated that, overall, participants with below average financial status, only a high school education, and without private health insurance reported lower vaccination intention or lower vaccine uptake. Among racial and ethnic groups, African Americans reported the lowest vaccine intention among all the groups. Moreover, their actual uptake was only partially explained by their vaccine intention, indicating that other factors, such as accessibility, might be at play.

The authors said the strength of the study is its large cohort, longitudinal design, and answers from pregnant women from all over the country. However, it had several limitations, namely that vaccination status was based on self-reports, participants were not asked whether or not they were fully vaccinated, and the sample was not educationally, economically or racially representative of the entire U.S. population.

They concluded that “lower uptake of COVID-19 vaccination among groups of pregnant women who face barriers because of their marginalized identity or insufficient socioeconomic resources is of particular concern because these groups already experience disparate rate of poor health, including worse perinatal outcomes and higher rates of COVID-19 morbidity and mortality.”