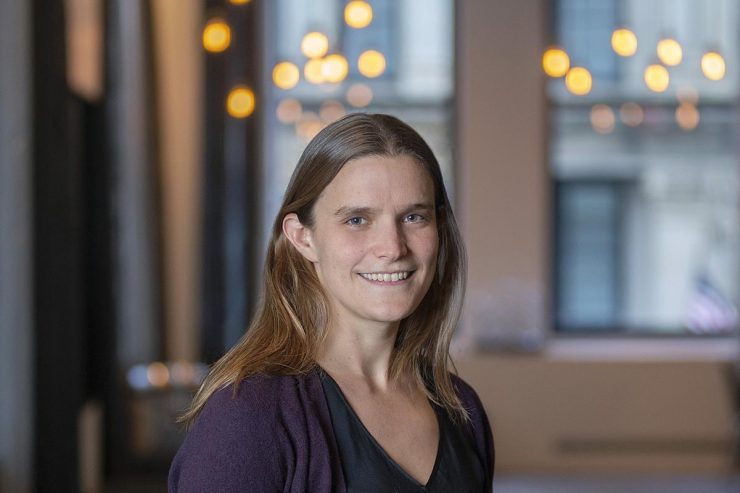 Jennifer Cano, an assistant professor in the College of Arts and Sciences Department of Physics and Astronomy, has received a CAREER Award from the National Science Foundation (NSF) for her project, “Topological crystalline insulators and semimetals: Beyond the bulk-edge correspondence.”

A theoretical condensed matter physicist, Cano studies topological phases of matter and is interested in the classification, experimental probes and material realizations of topological insulators and semi-metals, as well as their bulk-boundary correspondence. She joined the department in 2018 and holds a joint appointment with the Center for Computational Quantum Physics at the Simons Foundation’s Flatiron Institute.

Cano is also part of an international team of scientists that has discovered an exotic new form of topological state in a large class of 3D semi-metallic crystals called Dirac semimetals. The researchers developed extensive mathematical machinery to bridge the gap between theoretical models with forms of “higher-order” topology (topology that manifests only at the boundary of a boundary) and the physical behavior of electrons in real materials. The team’s results were published in the journal Nature Communications on January 31, 2020.

The Faculty Early Career Development (CAREER) Program is a Foundation-wide activity that offers the NSF’s most prestigious awards in support of early-career faculty who have the potential to serve as academic role models in research and education and to lead advances in the mission of their department or organization. The intent of the CAREER program is to provide stable support at a sufficient level and duration to enable awardees to develop careers not only as outstanding researchers but also as educators demonstrating commitment to teaching, learning and dissemination of knowledge. 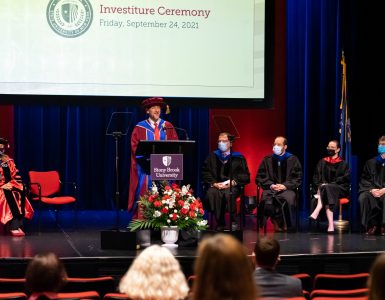