Paul Shepson, Dean of the School of Marine and Atmospheric Sciences, has received a $1.1 million award from the National Institute of Standards and Technology (NIST) for his project, “Observations, Analysis, and Modeling Applied to Determination of CO2 and CH4 Emission Rates Along the U.S. East Coast,” which will contribute to the global need for quantitative and precise measurements of greenhouse gas (GHG) emission rates in the interest of stimulating and supporting efforts at GHG emission reduction approaches.

The three-year project, which expands on work he has been doing since 2008, involves aircraft-based measurements of the emission rates of greenhouse gases (specifically, CO2 and CH4) from East Coast cities. It includes flights upwind, over and downwind of power plants and the cities of Washington, DC, Baltimore, Philadelphia and New York. He will use the GHG concentration and turbulence data generated by the research team’s “Best Air Turbulence” (BAT) probe to improve meteorological models that are currently being used to estimate GHG emissions from these cities. His team will collaborate with NIST scientific personnel on data analysis and evaluation.

Atmospheric chemist Paul Shepson was appointed Dean of the School of Marine and Atmospheric Sciences in July 2018. From 2014 to 2018 he served as Director of the Division of Atmospheric and Geospace Sciences at the National Science Foundation, on leave from Purdue University, where he was a member of the faculty from 1994 to 2018.

Professor Shepson obtained a BS in chemistry from SUNY Cortland and a PhD in analytical/atmospheric chemistry from Penn State. He worked for Mobil Oil Corp. before moving to a research position in the Atmospheric Sciences Research Laboratory at the US EPA in Research Triangle Park, NC, from 1983 to 1987. From 1987 to 1994 he was a professor in the Chemistry Department at York University in Toronto, where he was also Director of the York Centre for Atmospheric Chemistry. Most recently at Purdue he held an appointment as Distinguished Professor of Chemistry, and Earth, Atmospheric, and Planetary Sciences. From 2008 to 2013 he was Head of the Department of Chemistry, and was also Founding Director of the Purdue Climate Change Research Center in 2004.

Professor Shepson is an avid pilot with instrument, commercial, and multi-engine ratings. He is keenly interested in understanding and communicating about the impacts of anthropogenic activities on the composition of the atmosphere, and how that relates to climate change and ecological impacts. He is a Fellow of the American Geophysical Union, and has more than 200 peer-reviewed publications on various issues related to atmospheric and analytical chemistry. 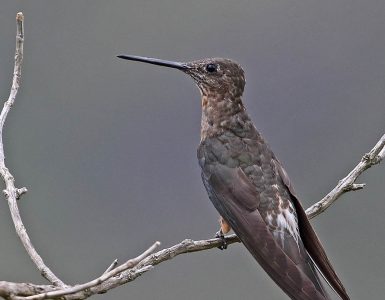 Hummingbird Study Shows How Genetic Changes Could Be Predicted

Multiple hummingbird species have adapted to high altitudes in the Andes Mountains through genetic mutations that affect the same biochemical pathways, a study by Stony Brook researchers finds. Creatures that transition... 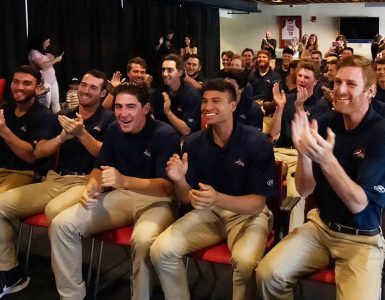 The Stony Brook baseball team’s Road to Omaha begins in a familiar spot on Friday: Baton Rouge, Louisiana, the site of the team’s Super Regional victory en route to the 2012 College World Series. Hosted by...

SBU Recognized as #1 in NY State by LiveOnNY

On December 9, 2019, Stony Brook was recognized for the fourth consecutive year as the number one college/university enrollment site in New York State for organ donor registration. LiveOnNY, an organ registry, presented...

New Ways to Connect with Stony Brook in 2020

The Epidemic of Wrongful Convictions

Join Us at the 10th Annual Students and Alumni Networking Mixer