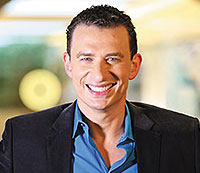 The Myth of the Modern Dad: What the New York Times, Pew Research, and Everyone Else Got Wrong 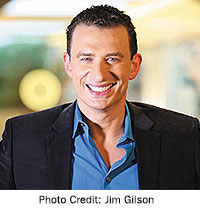 Josh Levs is an investigative journalist, expert on issues facing modern families and author of All In: How Our Work-First Culture Fails Dads, Families, and Businesses–And How We Can Fix It Together. After 20 years of reporting for NPR and CNN, Levs, a father of three, focuses his book on dispelling myths about today’s dads and moms, and explaining the necessity of new policies such as paid family leave. All In shows that men and women gain from these changes. Levs follows the money, detailing how and why the best family-friendly programs benefit businesses and the economy. He tells his own story of taking on a policy at Time Warner that prevented him from being able to care for his newborn, preemie daughter and sick wife. As a result of his legal action and the publicity surrounding them, the company revolutionized its policy, making it much better for dads and moms. The change made the company better and stronger. Levs has received six Peabody Awards and two Edward R. Murrow Awards. A scholarship was awarded in his name at his alma mater, Yale University, and he was named a Journalist of the Year by the Atlanta Press Club.

Abstract: False claims about modern dads are everywhere. They’re in headlines of alleged “surveys,” shared in popular blogs, even published by the most prestigious news organizations. In this talk, Josh Levs shows the disastrous effects these lies have on families and businesses. They propagate the laws, policies and stigmas that maintain a sexist infrastructure and keep the American workplace stuck in the “Mad Men” era. Women and men are hurt equally by these myths, he says, and it’s up to the current generation of parents to end them once and for all, he argues. Levs offers simple steps and pragmatic solutions to bring the United States into the 21st century and to allow men and women the chance to build real work-life balance.

This Provost’s Lecture, co-sponsored by The Center for the Study of Men and Masculinities, will be held on Thursday, October 8, from 4 pm to 6 pm in the Simons Center Auditorium, Room 103.