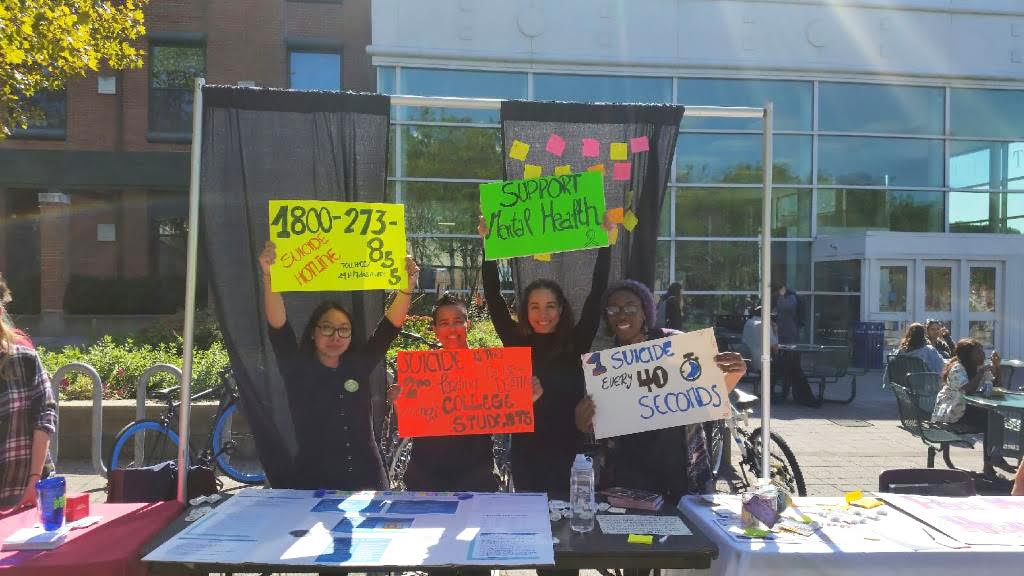 A wall was erected outside of the Stony Brook Student Activities Center. It wasn’t large, or long, but it was made of black fabric. On the wall were small Post-It notes with messages of positivity and hope. One of the messages was a prominent “Don’t do it!” inscribed in bold lettering.

In front of the wall were tables with pamphlets, stress balls, water bottles and bracelets. More noticeable, though, were the people that were in front of the wall. They waved neon-colored signs and chanted for people’s attention. Their signs read statistics and resources — “Suicide is the second leading cause of death among college students,” “One suicide every 40 seconds,” and “Suicide Hotline, 1-800-273-8255.”

The sign-wavers had put on the event and raised the wall to promote suicide awareness among college students, supported by Stony Brook’s Center for Prevention and Outreach (CPO) and Counseling and Psychological Services (CAPS), two departments from the Division of Student Affairs. The wall was only a temporary apparatus with a sheet on it for students to express themselves.

For the sign-wavers, though, it was more than just about suicide awareness. It was about mental health awareness as a whole. The sign-wavers make up a new group on campus whose mission it is to normalize the stigma around mental health: The Peer Mental Health Alliance.

The group was founded by Allilsa Fernandez ‘18 after she felt as though current groups on campus could do better in making students feel more comfortable reaching out for help with mental health issues.

“I wanted mental health to be out there. To not be shameful, to not be inside the walls like ‘you have to come to this room or else we’re not going to speak about it’,” Fernandez said.

Fernandez founded the club last semester, and its member base has already grown to more than 60 students.

“We have a broad group. We have the people who want to make changes. We also have people who are open and talk about their struggles with depression or feeling suicidal,” Fernandez said. “In that case we also open up and share if we feel comfortable, and it turns out to be an ‘I’m not alone in this’ moment.”

April Hawkins ‘18 got involved with the club as an eboard member because of her own experience dealing with mental health in her family, and she believed in what Fernandez wanted to accomplish.

“When Allilsa explained it to me at first, I wasn’t too sure, but I could see her passion and I could really see she wanted to make a change,” Hawkins said.

The club’s mission is to be a loud voice for mental health issues, tabling events on campus and putting on events of their own. They also do charity work for important causes such as relief for Puerto Rico in the wake of Hurricane Maria.

In being a voice on mental health, the club hopes to erase the stigma associated with the issue.

“Stigma gets in the way of getting people access to the help and information they need,” said Liliana Torres ‘18, fellow eboard member. “As a psychology major one of my main focuses is trying to help people with any concerns that they have about their mental health.”

The club meets every Thursday at 6 pm in Frey Hall 216. They welcome new members or those looking for information about mental health support on campus, and will continue to be a voice on issues of mental health for the student body.

To get involved or find out more about the Peer Mental Health Alliance, visit their Facebook page or visit them in person at Frey Hall. 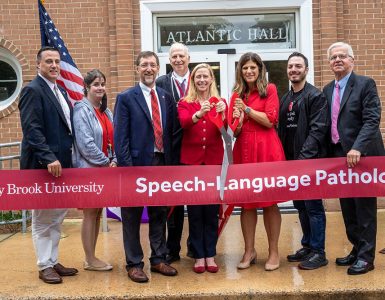