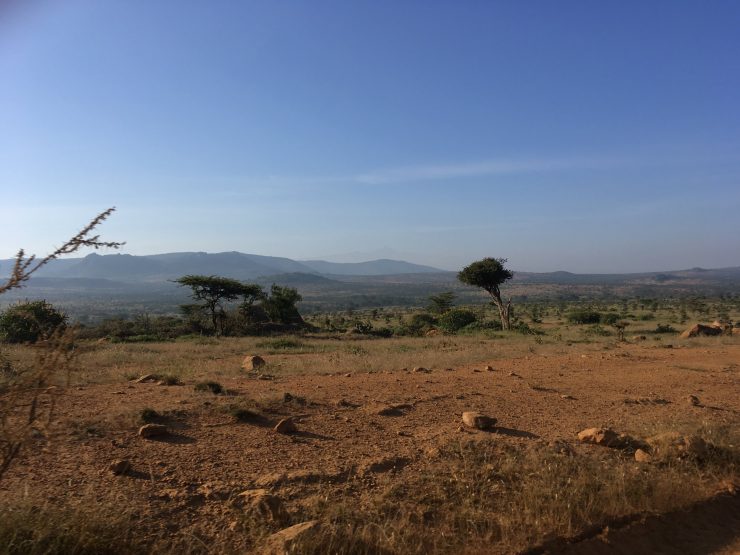 This summer, Stony Brook University’s Department of Geosciences, in association with the Turkana Basin Institute, inaugurated the new Luminescence Dating Research Laboratory, currently the only one of its kind on the U.S. East Coast. The establishment of this new facility was led by Assistant Professor Marine Frouin, a specialist in geochronology and luminescence dating, who joined Stony Brook University in Spring 2020.

Luminescence is an absolute chronometer that is universally applicable to most sediments that have been exposed to daylight before being buried in the earth. It is a significant tool for archeology, geology and environmental sciences.

“We often use the analogy of a rechargeable battery to explain how luminescence dating works,” said Frouin. “From the moment a mineral grain is exposed to daylight or high temperature, its energy is released, similar to a depleted battery. From the moment a mineral is buried, its ‘battery’ begins to recharge. In the laboratory, by looking at how much the mineral is ‘charged,’ we can determine when the last ‘charge’ happened. In this way, we can date its time of burial.”

Frouin and her research team are dedicated to fundamental investigations into the luminescence properties of minerals and applications of novel luminescence dating techniques with a focus on human evolution.

“One of my main interests is to dramatically increase the number of well-dated sequences in areas archiving key evidence for early human evolution using luminescence methods,” said Frouin. “The chronology of human evolution is still poorly understood. We are working toward significant improvements in the correlation of environmental, fossil and archaeological sequences across Africa, which are all critical to the understanding of how and why we evolved and dispersed to other continents.”

The lab is located in the Earth and Space Sciences Building and consists of five separate rooms used to prepare and measure both quartz and feldspar grains. The three darkrooms are outfitted with low-intensity red/orange precision lighting to protect the samples. State-of-the-art facilities are available to extract and purify quartz and feldspar grains for dating. There are luminescence readers to stimulate and detect the light emissions from the minerals, in addition to a Broad Energy Germanium Detector to record low levels of radiation in sediment.

“We want to establish a center for geochronology that will facilitate interdisciplinary collaborations,” said Frouin. “The new facility has already begun opening new avenues for future research directions and luminescence dating applications, which I am very excited to reveal in the coming months!”