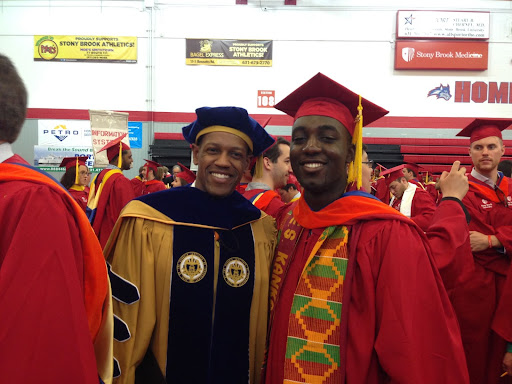 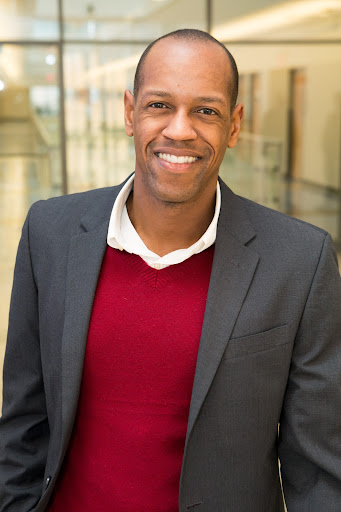 Discoveries and advancements in science and technology happen every day. But people often don’t understand the effects, both positive and negative, that those technological developments have on our everyday lives and society as a whole.

Thomas S. Woodson, associate professor in the Department of Technology and Society at Stony Brook’s College of Engineering and Applied Sciences, focuses on that exact relationship. He was born and raised in Texas and he received his BSE in electrical engineering at Princeton University.

Woodson became interested in the relationship between scientific developments and technological disparities within our society during his undergraduate years. He traveled to Nigeria to help build a research laboratory. While there, he witnessed firsthand the inequalities in technology in lower-income communities. While he was working there, the electricity shut off every day at around 2 pm.

“No matter how good of a scientist you are, or how talented you are, if the power goes out at 2 pm each day, it’s very hard to do science,” he explained. “This wasn’t a technical problem per se, it was a societal problem. That got me thinking about technical policies impacting science development, so that’s why I pivoted from being a traditional electrical engineer to more of a policy person.”

He completed his degree in 2007, then took two years off from school before getting his PhD. During that time, he traveled back to Africa and worked with college students, refugees and orphans with The Impact Movement and Cru in South Africa. In Burkina Faso, Woodson worked as a visiting research fellow at the International Institute for Water and Environmental Engineering (2iE). There, he completed a research project where he designed and tested ways to keep houses cool in rural West African villages.

“It was nice having a short break between undergrad and graduate school because for 16 years of my life, I had focused on education and, after college, I was just tired,” he said. “I wanted a break and also a chance to see the world. My time in Africa was a chance for me to see other parts of the world and really discover my passions, like the policy aspect of science.”

Professor Woodson began his PhD in 2009 at the Georgia Institute of Technology in public policy with a specialization in science and technology policy. While completing his PhD, he was also a part of the Technology Policy Assessment Center and the Center for Nanotechnology in Society at Arizona State University. At their centers, he did work looking at nanotechnology and its impact on development, inequality and poverty throughout the world.

Woodson completed his PhD in Spring 2014 and came to Stony Brook University a few months later. He was drawn to Stony Brook because of its niche department that coincided with his interests and passions. 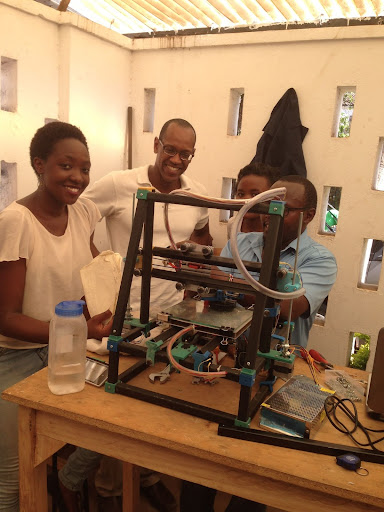 “I liked the Department of Technology and Society,” he said. “Not many universities have a department like this on campus, one that combines this technical aspect and understands how it impacts society.”

At Stony Brook, he investigates the effects of technology on inequality throughout the world and the causes and consequences of inclusive innovation. For the past few years, Woodson has been focused on the relationship between innovation and inequality in four areas: emerging technologies, science funding, STEM diversity and engineering education.

Woodson currently has multiple funded grants and projects, as well as numerous publications. He has won awards for his work and research, including the Provost’s Mid-Career Faculty Diversity Award in 2020.

“It’s always nice for people to recognize your work and efforts,” he said. “I hope it brings more visibility to the issues I care about. Maybe awards will lead to conversations about how to make technology more inclusive and find more ways to help students on campus to succeed and thrive in STEM fields.” 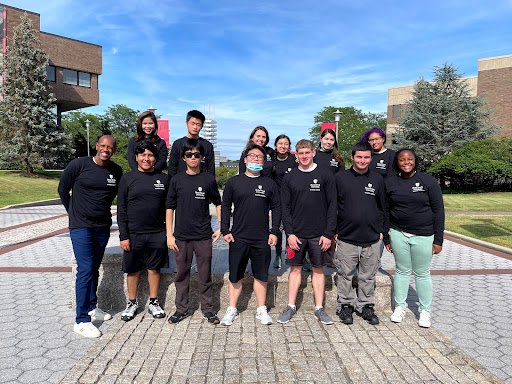 In addition to teaching classes, Woodson is very involved on campus. He is the graduate program director for the Department of Technology and Society, serves on several committees to enhance diversity at SBU, and he is the faculty chair for the National Society of Black Engineers (NSBE), which he was involved in during his own college years. He is also the Principal Investigator for Scholarships for Science, Technology, Engineering, and Mathematics: Academic and Social STEM Excellence for Transfer Students (S-STEM ASSETS) and co-PI/project director for the SUNY Louis Stokes Alliance for Minority Participation (SUNY LSAMP). S-STEM ASSETS is a scholarship program that helps STEM transfer students successfully transition from community college to SBU. SUNY LSAMP is an alliance of 14 colleges and universities across New York State that encourages and assists underrepresented minority students persist and thrive in STEM majors. Woodson began working on ASSETS and SUNY LSAMP with his colleague, Distinguished Professor David Ferguson, who sadly passed away in 2019. Since Ferguson’s passing, Woodson has worked hard to keep his legacy alive on campus.

When he isn’t working, Woodson enjoys spending time with his family. In the past, he has volunteered at Rikers Island by teaching classes at the women’s facility. He attends and volunteers at his local church, and enjoys exercising and competing in triathlons. And of course, he always tries to find time just to relax whenever he can.

In the future, Woodson would like to partner with more government agencies and international development organizations to implement inclusive science and technology policies. He continues to be very dedicated to the work and research that he has done throughout his career, but his true passion and focus will always lie in positively impacting people’s lives. 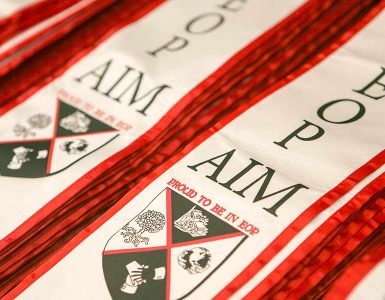 Funding will increase the number of EOP students that will be able to attend SUNY schools, provide more resources to help retain them, and help bridge technology gaps for these students.