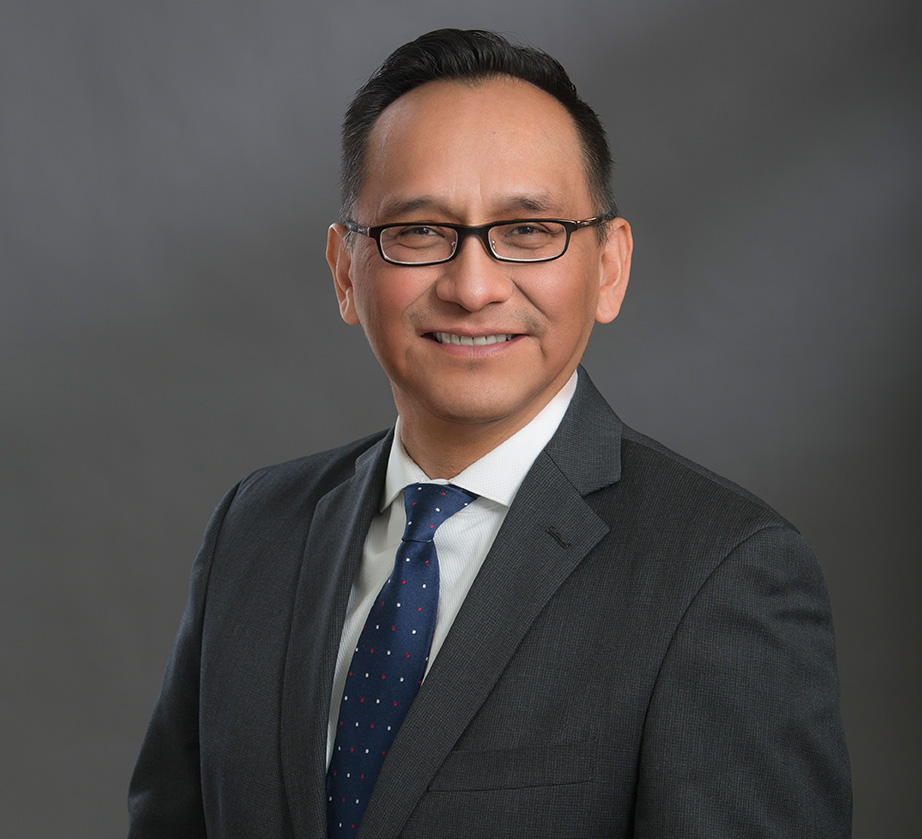 In a newly established position at Stony Brook University, LeManuel “Lee” Bitsóí has been appointed Chief Diversity Officer (CDO), effective July 28. As CDO, he will report to Chief Deputy to the President Judith Greiman and will serve on the University Council.

Bitsóí is director of Student Diversity and Multicultural Affairs at Rush University Medical Center in Chicago, IL. With more than 20 years of experience in academia, he will provide vision and leadership in promoting an institutional culture that supports diversity, equity and inclusion at Stony Brook, including efforts to conceptualize, assess and cultivate diversity as an institutional and educational resource.

A proud member of the Navajo Nation, Bitsóí received his undergraduate degree in Child Development and Family Relations from the University of New Mexico, Albuquerque in 1995. In 1998 he received a Master of Education in Administration, Planning and Social Policy from Harvard University, and in 2007 he was awarded a Doctor of Education in Higher Education Management from the University of Pennsylvania. He is active nationally in the STEM diversity movement and represented the Society for Advancement of Chicanos/Hispanics and Native Americans in Science as a key speaker at the Chicago March for Science.

“We are so pleased that Dr. Bitsóí is joining Stony Brook University in the new role of Chief Diversity Officer,” said President Samuel L. Stanley Jr. “He is a pioneer whose experience in higher education in both recruitment and research, interest in advocating on behalf of marginalized and underrepresented populations, and study of the impact of health services on LGBTQ+ Veterans along with the lead role he played in the College Board’s Educational Experience of Young Men of Color initiative, is indicative of his passion for this field. I am confident that he will be a true thought leader and collaborator as we work toward making a real difference as an inclusive campus community.”

In 2014 Dr. Bitsóí accepted a position with Rush University Medical Center as Director of Student Diversity and Multicultural Affairs. His role includes providing support to the intellectual, social and polycultural development of all students for inclusive excellence, and fostering a climate that respects and appreciates history, culture and traditions of all students while providing programming and support for all affinity and student organizations.

“Our students see Lee as an advocate, mentor and inspirational leader, and will miss him,” said Susanna Chubinskaya, Associate Provost, Faculty Affairs at Rush University. “Lee’s background and work at Rush, where he bridged the gap between the medical and the university communities, will serve him well in this new role.”

“Lee brings a wealth of academic and practical experience coupled with a deep personal connection and commitment to building inclusive communities,” said Greiman. “I look forward to working with him on the implementation of our Plan for Diversity, Equity and Inclusion.”

A Career in Academia
Dr. Bitsóí’s career in academia started at San Juan College in Farmington, NM, where as a financial aid advisor he reorganized the federal and state work study student employment programs and served on scholarship committees. He then accepted a position in the Admissions and Financial Aid Office at Dartmouth College and led the institution’s Native American recruitment initiative, achieving record enrollment of Native American students in 2002-03 and 2003-04.

He then joined Harvard University as associate director for Recruitment and Student Affairs, where he worked to recruit underrepresented students and scholars. While at Harvard he was offered the opportunity to lead an initiative to develop and direct a recruiting and training program for underrepresented minority students in genomics and bioinformatics at the FlyBase–Gelbart Lab in the Department of Molecular and Cellular Biology in partnership with Stanford University, California Institute of Technology, University of Oregon and Jackson Laboratory.

Bitsóí spent a year at Georgetown University as a co-investigator for a grant-funded “Indigenous Genomics Project” focusing on ethical, legal and social implications research projects for indigenous communities. He then returned to Harvard where he held multiple roles, including research associate in the Department of Organismic and Evolutionary Biology and the Department of Molecular and Cellular Biology. He conducted independent research around bioethics within underserved communities and organizations, and coordinated with indigenous researchers/scholars to develop Indigenous Genomics Research Initiatives focusing on ethical, legal and social implications of research.