iCREATE has a positive impact on the local community 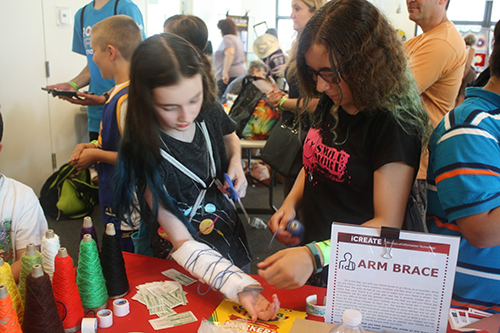 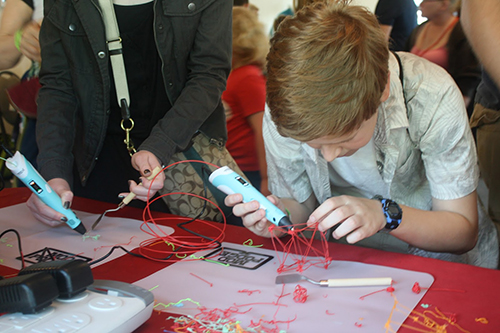 For the third year in a row, SBU iCREATE (previously known as the SBU Innovation Lab) attended the Eastern Long Island Mini Maker Faire, which took place this year on June 10 at the Port Jefferson Maritime Explorium. The Maker Faire is a family-friendly showcase of the interesting things people — from engineers to artists — do in the spirit of innovation, creativity, resourcefulness and invention. SBU iCREATE was featured as one of the makers and showcased several different interactive activities including 3D Doodler pens, a PacMan robot maze, DIY arm braces, and 3D puzzles made of cardboard and balsa wood.

The PacMan maze, Google cardboards (VR) and 3D Doodler pens all use technology to capture the visitor’s attention. Not all of these new technologies are readily available to the average person or visitor. By exposing them to this new perspective, they are thinking in new ways. It inspires them to experiment and be creative by testing it out.

“There was one girl who was playing with the pen, but her father told her to let the other kids play, and she started crying because she didn’t make anything,” said iCREATE staffer Jennifer Ng. “Because she hadn’t used the pens for very long, I offered to help her make a house that she was able to take home. Instead of doing it for her though, I held the top end of the pen to guide her while she controlled the button, and after a little while, she was able to create a house with my help.” 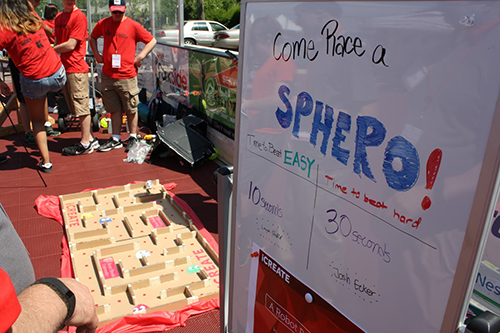 The PacMan robot maze was a crowd favorite among children and their parents. Visitors raced each other by recording the amount of time it took for each person to go through it. This game introduces people to robotics in a simple, hands-on way that is fun and interactive. A whiteboard was on display listing peoples’ names, ages and times, which added a competitive edge as everyone wanted to have the fastest time.

“I think the concept of the PACMan race was the best way to teach by doing a learning game,”said iCREATE Director David Ecker. “This game was teaching them how to interact with a technology they were familiar with, the iPad, and control a robot that was strange to them. This allowed some of them to overcome any fear they had using the unknown robot, then develop a level of confidence to actually race around the maze. These are exactly the basics of learning through using a game platform.”

Staff members received constant questions about how the robots worked, how they moved the way they did, and even how much the Spheros were and where they could find one for their kids.

The 3D puzzles were prepared by staff member Ahsanul Torza with iCREATE’s new laser cutter. The puzzle was created by laser cutting the template out of the wood and punching out the pieces, which were then assembled to make a 3D object. Like the 3D Doodler pens, some take to it immediately while others take longer to adjust.

The DIY arm brace station came with its own background story. There was a hypothetical situation: “You are with a friend on a trip, or at a playground, when suddenly your friend falls and breaks their arm. The fastest the closest ambulance or medical help can arrive is several hours away, and the contact over the phone informs you to stabilize the arm so it does not break or shift any further. What do you do?”

Children had a number of supplies to work with, including gauze, cardboard pieces, string and band-aids. Participants had to think on the spot and create an arm brace of their own.

“It was great to see a lot of kids running around with the arm braces because this activity was applicable to real life and introduced skills that could be useful,” said Jennifer. “It showed kids that, even with limited supplies, they have the ability to create/build things they need.”

“As I see it, the hands-on activities that were developed and taught allowed the community to find a place to enhance their knowledge and skill set around new technology, which is why we exist, said David. “We allow new ideas to be developed and implemented through thinking, creating and innovating.” 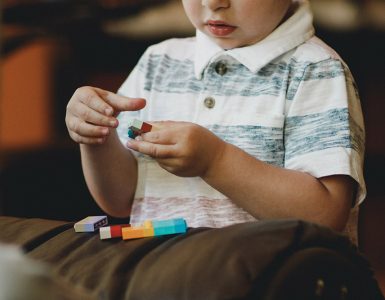 The partnership affirms Stony Brook’s place among the top autism clinical and research centers in the country. 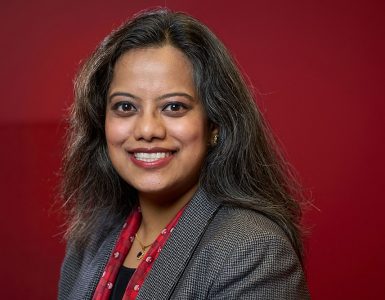