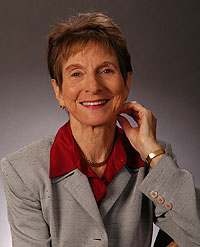 The Andrew W. Mellon Foundation has awarded the Consortium of Humanities Centers and Institutes (CHCI) a three-year grant of $1.2 million for Integrating the Humanities Across National Boundaries, an initiative designed to foster new forms of collaborative research and partnerships among the organization’s international membership. As a member organization of CHCI, The Humanities Institute at Stony Brook (HISB) has been chosen as one of the beneficiaries of this grant.

The grant will support two large-scale pilot projects through 2015: Humanities for the Environment (HfE) and Religion, Secularism, and Political Belonging. The major objective of these endeavors is to foster innovative programmatic ideas and new forms of collaborative research across national, regional and disciplinary boundaries, driven by and involving CHCI’s membership of more than 180 humanities centers and institutes. The project will help to identify new priorities and potential roles for CHCI, and explore the ways in which a networked consortium can foster scholarly innovation in the humanities on a global scale.

“The receipt of this A.W. Mellon Foundation Grant attests to Stony Brook’s excellence and leadership in interdisciplinary work centered on the humanities and the environment and is a well-deserved recognition of the laudable contributions of E. Ann Kaplan and our Humanities Institute,” said Dennis N. Assanis, Provost and Senior Vice President for Academic Affairs at Stony Brook University.

The Stony Brook team, including faculty from across the College of Arts and Sciences, is spearheaded by Professor Kaplan, Distinguished Professor of English and Cultural Analysis and Theory, and also  Director of The Humanities Institute.

“Our project addresses itself to new and urgent problems clustered around global climate change and globalization,” she said. “As humanists, we need to show what we can contribute to the ongoing scientific research into climate change. The Humanities Institute at Stony Brook is poised to pioneer and to facilitate dialogue between science and humanities environmentalism.”

The HfE project will be animated by questions about the role of the humanities in the Age of the Anthropocene, a concept developed by scientist Paul Crutzen to identify a new era in which human activity is significantly reshaping the geological future of the planet. Rather than attempting to define a single research agenda adequate to that demand, the HfE project will establish three research “observatories,” one each in Australia, Europe and North America (in the North American case, the observatory will support three regional clusters in the Southern, Western, and Northeastern regions).

The HISB is in the unique position of belonging to two of the three North American Clusters, the Southern and the Northeastern. Each cluster has a different theme relevant to HISB’s ongoing climate change research and activism. The Northeastern Cluster (with the theme “Toward an Uncertain Future: The Arts, Ethics and the Sacred”) is concerned with theoretical issues and overarching themes. HISB is involved in this cluster because of Professor Kaplan’s work on trauma and dystopian futures, as well as the work of other local faculty on media and climate rhetoric; issues of behavioral change, loss and potential; human rights (environmental justice); and ecologies of value.

The Southern Cluster (with the theme “Regional Responses in Environmental Humanities”) is interested in charting regional change and in activist community outreach projects, including education and communication. HISB is part of this unit because of its activist Port Jefferson Village Go-Green project, as well as the related work of faculty on the history of the Long Island coast — mapping environmental change; the research of scholars in SBU’s Sustainability Studies Program; annual work with SoMAS on Earthstock and climate change conferences; and efforts with communicating science in collaboration with the School of Journalism.

With this support, the HISB will host 11 environmentally themed events in fall 2013. The most significant events in the fall roster are the visits of Ramachandra Guha, Elizabeth Kolbert, Sandra Steingraber and Kongjian Yu, all of whom are “stars” in the field of environmental humanities, environmental injustice and the poor, and questions of humans as “geologic” force. Additionally, HISB anticipates hosting many more events during the three-year lifespan of the grant. Participants in the HfE project will ask how we might, and should, re-apprehend long-standing definitional protocols of the humanities (the epistemological distinction between “human” and “natural” history as one example), as well as consider the multitude of responses the arts and humanities disciplines have given to the fundamental question of what it means to be human within a moment of planetary crisis and change.