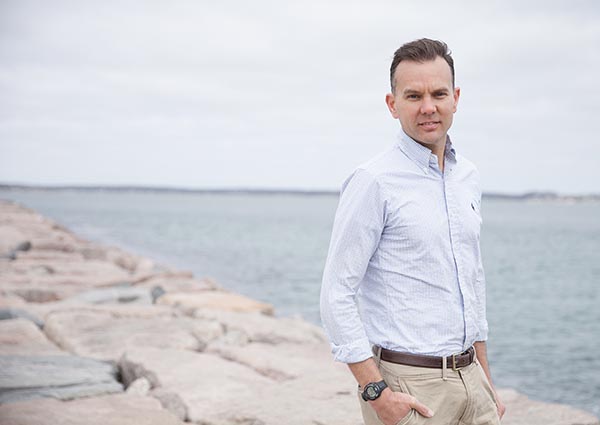 One oceanic consequence of climate change is well underway, and it’s likely already having a negative impact on human health, according to a new study led by a professor at Stony Brook’s School of Marine and Atmospheric Sciences (SoMAS).

“This study demonstrates that the global warming that has already occurred is now impacting human health and our oceans,” Professor Christopher Gobler said. “An important implication of the study is that carbon emission and climate change-related policy decisions made today are likely to have important consequences for the fate of our future oceans, including the spread and intensification of toxic algal blooms.”

The study shows that since 1982 our oceans have warmed to become more hospitable for toxic algal blooms, the rapid increase of algae within a body of water, to spread and intensify. This means bad news for seafood eaters and ocean dwellers alike.

Algae types such as Alexandrium and Dinophysis, which were both subjects of the study, generate toxins that can cause neurological and gastrointestinal effects, including paralytic and diarrhetic shellfish poisoning in humans.

“Toxic or harmful algal blooms are not a new phenomenon, although many people may know them by other names such as red tides,” Gobler said. “These events can sicken or kill people who consume toxin-contaminated shellfish and can damage marine ecosystems by killing fish and other marine life.”

In the wake of climate change, harmful toxic algae events like these show no sign of slowing, according to the study.

“The distribution, frequency and intensity of these events have increased across the globe, and this study links this expansion to ocean warming in some regions of the North Atlantic and North Pacific Oceans,” Gobler said.

Gobler’s team’s study is one of the first to successfully link the recent intensification of toxic algal blooms directly to ocean warming and climate change through critical, quantitative evidence. The team achieved this by bringing together biologists and climate scientists who used ecosystem observations, laboratory experiments and 35 years of satellite-based temperature estimates to reach their conclusion.

“Today collaborating with scientists outside of your discipline is almost a requirement to solve the tough questions,” said Owen Doherty, climate modeler and study co-author.  “This study showed the value of interdisciplinary collaboration through a novel combination of laboratory, observational and modeling work.”

The study, titled Ocean warming since 1982 has expanded the niche of toxic algal blooms in the North Atlantic and North Pacific Oceans,” is now published in the Proceedings of the National Academy of Sciences. Work to accomplish the study was supported by the James Simons and Laurie Landeau foundations, as well as awards from the National Oceanic and Atmospheric Administration’s National Ocean Service.