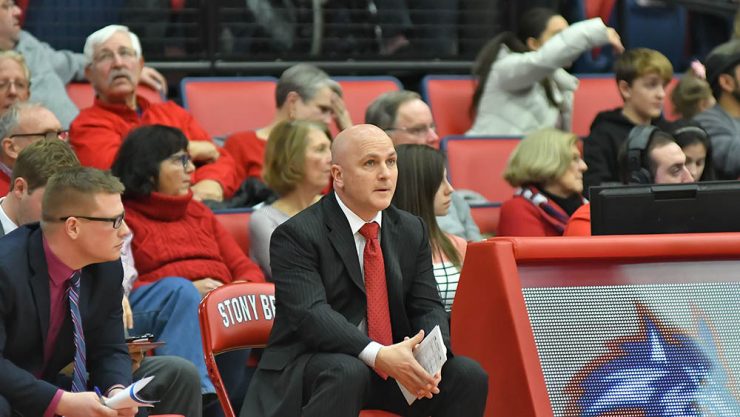 Ford will have his interim tag removed after serving eight days as the team’s head coach following the departure of Jeff Boals to Ohio University.

“My primary focus during this search was to identify the coach who can help us win an America East championship and reach the NCAA Tournament right now,” Heilbron said.  “I believe in the young men in our locker room, and it became crystal clear throughout this process that Geno was the right coach to lead them moving forward.”

The Seawolves are coming off a 24-7 regular season, the most regular-season wins in the program’s history, and featured two major award winners in the America East this season: redshirt-sophomore Andrew Garcia (Harlem, N.Y.) was named the league’s Sixth Man of the Year and sophomore Jeff Otchere (Bronx, N.Y.) was tabbed the Defensive Player of the Year.

“I am very honored and humbled for the opportunity to be the head coach at Stony Brook University,” Ford said. “I want to thank President Stanley and our Athletic Director Shawn Heilbron for allowing me the chance to continue with a great group of high-character players. I also want to thank Jeff Boals for bringing me to Long Island three years ago and allowing me to be part of his vision to build a high quality basketball program.”

The Cambridge, Ohio native becomes the head man after three years as the Associate Head Coach under Boals, helping lead Stony Brook’s offense to one of its most prolific outputs in Division I history with 71.6 points per game. That number was only bettered by the 2015-16 conference championship team.

“Ford’s dedication to this program has been instrumental to its success, so I’m thrilled that he will be the next head men’s basketball coach at Stony Brook,” said Stony Brook University President Samuel L. Stanley Jr. “His rapport with our student athletes and his experience and success as a Division I head coach and as a student-athlete at Ohio University make him eminently qualified to lead this program. Our student-athletes had an amazing season, on and off the court. This is a terrific group of young men and we look forward to an exciting new era under the leadership of Coach Ford.” 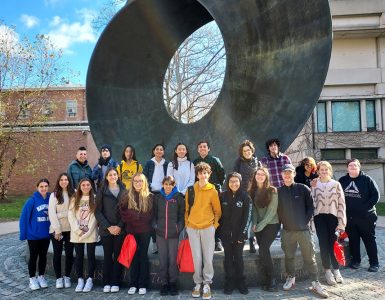