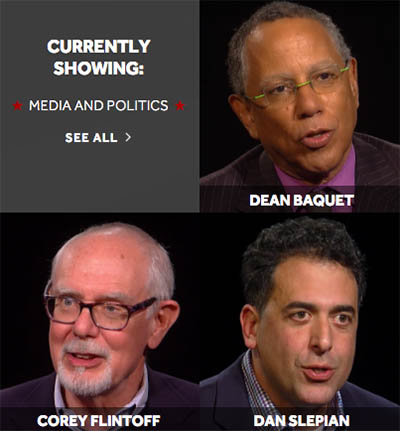 Stony Brook’s video series “5 Questions With …” has released three new interviews with leaders in the field of journalism.

Speaking to the importance of journalism in a rapidly changing world are Dean Baquet, the Pulitzer Prize-winning Executive Editor of The New York Times; Corey Flintoff, recently retired international correspondent for National Public Radio; and Dan Slepian, an award-winning investigative producer for Dateline NBC and a Stony Brook alumnus. They are featured in thoughtful, compelling interviews, available on a browsable website as well as a YouTube playlist.

The ongoing series, part of the “In The Know” offerings created by SBU’s Office of Marketing and Communications, spotlights the university’s role in global thought leadership. Interview subjects are affiliated with or have visited the campus for student and community enrichment events and activities.