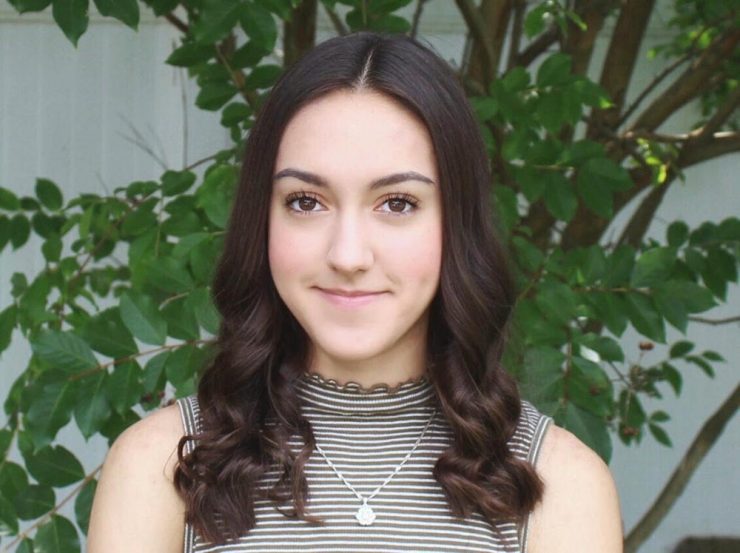 The Goldwater Scholarship recognizes promising research leaders in the fields of science, mathematics and engineering. The award includes a scholarship intended to help cover academic costs for the scholars based on merit and financial need, covering the cost of tuition, fees, books, and room and board up to $7,500 per year.

Nemeth honed her skills as a researcher even before starting her collegiate career at Stony Brook. As a high school student at Smithtown East, Nemeth began working with Peter Brink, Professor of Physiology at the Renaissance School of Medicine, and was honored as a Regeneron Science Talent Search Semifinalist.

“Erika always has a hypothesis and is always working from the ‘what-if’ scenario,” Brink said. “She told me on the very first day that she wanted to be a doctor, but also do research, and she remains committed to that path. Erika is by far the best student I have ever had the pleasure to work with.”

Nemeth also received the Harvard Lyman Award to conduct research in her pre-freshman summer prior to arriving at Stony Brook as a member of the selective Honors College. In her freshman year, she was awarded an undergraduate fellowship from the American Physiological Society and participated in the Explorations in STEM program that summer.

She currently works with Daniel Canals investigating a method to visualize the subcellular localization of bioactive lipids, such as ceramide, which have important roles in cancer signaling.

Simultaneously, Nemeth is working with Richard Moffitt and Jonas Almeida in the Department of Biomedical Informatics on a project titled “WebGenomics,” which aims to develop a web-based platform for meaningfully visualizing large-scale cancer gene expression data.

“My interest in research began when I was mentored by Peter Brink and Ira Cohen in the Department of Physiology and Biophysics in July 2015. We were investigating a cellular delivery system for microRNAs in order to silence cancer gene expression,” Nemeth said. “After that summer, I knew that research was going to change my life.”

While continuing work on this project, she realized that she wanted to develop the expertise needed to make sense of the large gene expression datasets that they were generating.

“I felt compelled to overcome this gap in my knowledge,” she recalled.

In January 2019, she began work with Professors Moffitt and Almeida.

“We started to conceptualize the development of a platform for facilitating more intuitive analyses of large biological datasets for researchers,” Nemeth said. “By interacting with my mentors and the computer science students who joined the team I realized that so much more was possible in a multidisciplinary collaborative environment.”

That was followed by her experience last summer at the Icahn School of Medicine at Mount Sinai, where she worked on statistical analysis of prostate cancer gene expressive data.

“Research has changed my life. It’s taught me to think critically, be compassionate and work incredibly hard. And I hope to ultimately develop safer, more targeted and more effective cancer therapies to return the favor,” she said.