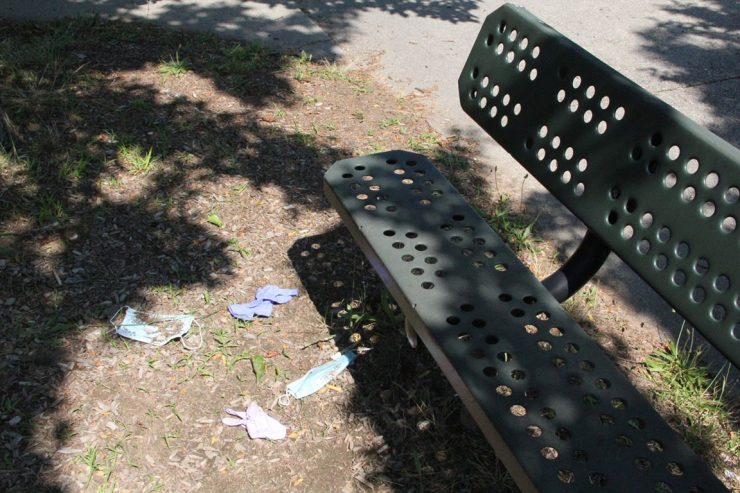 Eight Million Metric Tons. That’s about how much plastic enters our oceans each year. Bottles, bags, take-out containers and fishing lines to name a few items.

One of the focal points of this year’s #DontTrashLISound social media campaign is a problem that’s grown during the COVID-19 pandemic: discarded face masks, disposable gloves and other personal protective equipment (PPE), which are ending up on sidewalks, parks and other outdoor spaces instead of in the trash.

“Our intent is to educate the Sound’s residents about the dangers of plastic to wildlife, and about what we can do to help make this national estuary trash free,” says Long Island Sound Study (LISS) Outreach Coordinator Jimena Perez-Viscasillas, a New York Sea Grant specialist based at Stony Brook University (SBU).

The fourth annual campaign, which this year runs for five weeks through August, includes messages on Facebook, Twitter and Instagram on what people can do to promote trash-free beaches and Long Island Sound, such as by reducing their use of disposable plastic bags and bottles. There are also quizzes being rolled out on Instagram to test the public’s knowledge on plastic’s impact on oceans, and posts about the COVID-19 related problem of PPE.

A new set of popular “Protect Our Wildlife” stickers are available as part of this year’s #DontTrashLISound social media campaign. “We encourage residents to put a sticker highlighting a Long Island Sound animal on their reusable bottle and take a selfie at a Long Island Sound beach or park,” says Perez-Viscasillas.

This year’s campaign builds on efforts over the last three years to encourage the public to be good stewards of the Sound by reducing single-use plastics and picking up trash on beaches that degrades the estuary for people and wildlife both. PPEs that end up on the ground instead of in the garbage can are likely to end up in streams, rivers and eventually the Sound. This problem was highlighted in a late July op-end article by Connecticut Sea Grant Communications Coordinator Judy Benson published in Connecticut Hearst newspapers.

“There are efforts being made to recycle the N95 face masks healthcare workers need, and some people are opting for homemade or commercially produced cloth masks that are washable,” says Benson. “But many people are relying on synthetic fiber masks meant to be thrown out after just a few uses, and too many of these are being cast off in our public spaces. Or they’re being thrown in with recyclables where they don’t belong, passing along the task of proper disposal to the workers who sort the cans and bottles from the cardboard.”

About three or four messages will be posted each week during the campaign, which is organized by LISS with support from the Connecticut and New York Sea Grant (CTSG and NYSG, respectively) programs, Mystic Aquarium and other groups. Long Island Sound Study’s Citizens Advisory Committee will help spread the messages by sharing the posts on their own social media sites.

You can check out posts from the seven week-long campaign using #DontTrashLISound on Twitter, Facebook and Instagram. And there’s more information on the campaign at www.DontTrashLISound.net.

NYSG, with offices at SBU, is a cooperative program of Cornell University and the State University of New York, and one of 34 university-based programs under the National Oceanic and Atmospheric Administration’s National Sea Grant College Program. More at www.seagrant.sunysb.edu.

Team recognized for advances in the detection of hidden sector dark matter  Rouven Essig, associate professor in the C.N. Yang Institute for Theoretical Physics (YITP) and Department of Physics and Astronomy in the...

As New York began to feel the effects of the COVID-19 outbreak, Katie Maroldi, a second-year MSW student in Stony Brook’s Social Welfare Program, took one of her professor’s lessons on the negative effects of... 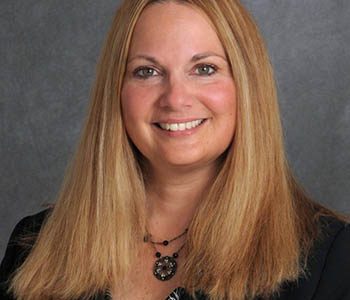 Carol Gomes, CEO of Stony Brook University Hospital, was interviewed in a PBS NewsHour segment on hospitals’ efforts to increase capacity and supplies in order to cope with the COVID-19 pandemic. Interviewed...