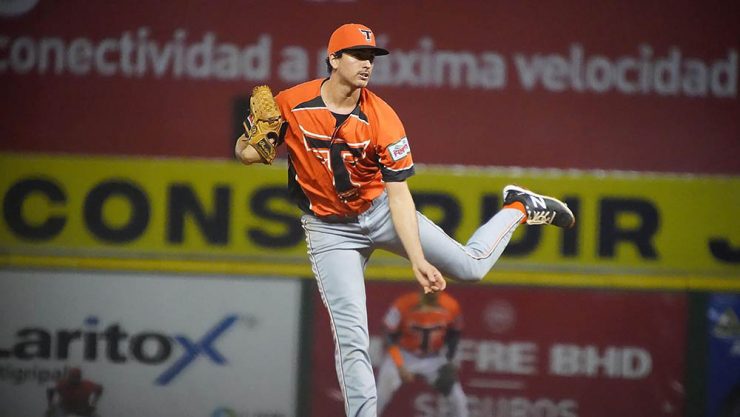 Stony Brook alum Daniel Zamora’s eyes tilted upward when he was summoned from the visitors’ bullpen at Citizens Bank Park in Philadelphia on Aug. 17, 2018, for his major league debut in relief of New York Mets ace Noah Syndergaard.

Zamora had inherited a pair of baserunners with two outs from Syndergaard. He proceeded to strike out Cesar Hernandez to keep the Phillies off the scoreboard in the frame. The southpaw then walked leadoff batter Rhys Hoskins the following inning on four pitches, but coaxed a double-play grounder from Asdrubal Cabrera and struck out Nick Williams looking for a scoreless, no-hit debut.

“I had never been to big-league camp or anything like that,” Zamora recalled Saturday. “So that was my first major league experience. It was mostly about showing myself, ‘Hey, I belong here. I can pitch here.’

“I remember my first steps when I walked out of the bullpen, my eyes just shot up. I wasn’t used to the stands being so high. In the minor leagues there’s just one, maybe a second level. But my eyes went straight up. I was like, ‘Hey, this is cool. This is awesome.'”

Fast-forward 16 months and the Seawolves product now has accumulated 33 major league relief appearances with the Mets over two seasons. Having hit his Mets-mandated workload limit, he just returned home to Florida from his first winter-ball experience in the Dominican Republic.

Working in the Dominican with Phil Regan, who also served as his pitching coach during the second half of the major league season with the Mets, Zamora had a perfect ERA with Toros del Este. He surrendered just an unearned run on six hits and two walks while striking out six in nine appearances for the winter-ball regular-season champs.

Zamora pitched for the Seawolves from 2013 through ’15 before being selected in the 40th round by the Pittsburgh Pirates that June and turning pro. He was traded to the Mets for fellow reliever Josh Smoker on Jan. 31, 2019.

Currently on the 40-man roster with the Mets, he will head to big-league camp for the second consecutive spring training come February. The goal will be to break camp with the major league club. Assuming the Mets have an eight-man bullpen, the club appears to have two relief spots available to win in spring training — with Justin Wilson the only southpaw guaranteed a job, unless Steve Matz does not make the rotation and gets bounced to the bullpen.