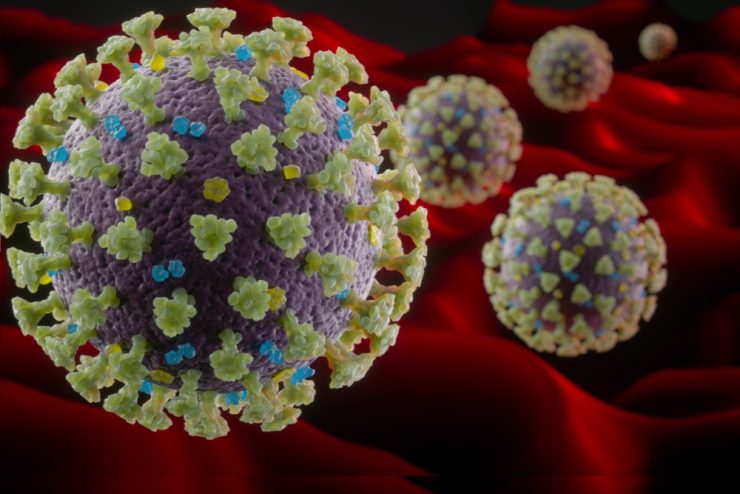 A study of 240 intubated and critically ill COVID-19 patients at Stony Brook University Hospital showed that by using an anticoagulation therapy based on blood serum D-dimer levels, mortality was significantly reduced. The team of clinicians led by Apostolos Tassiopoulos, MD, found that 27 percent of those in the protocol died, but 58 percent of those not part of the protocol died. Details of the findings are published in a paper in Frontiers in Medicine.

The Stony Brook study is the first to demonstrate the safety and efficacy of adjusting blood thinner doses to the level of blood clotting. Other studies have used a fixed dose of blood thinners. This winter the National Institutes of Health (NIH) released unpublished national data that blood thinners decreased the need for life-support in severe COVID-19 patients and improved patient outcomes. For more on these details, see this NIH press release.

Blood clots can lead to life-threatening conditions, and patients with critical COVID-19 illness are vulnerable to clotting. D-dimer levels are measurements of the protein fragments produced by the body when a blood clot gets dissolved in the body. During the pandemic a significant increase in D-dimer levels has been noted in hospitalized COVID-19 patients with high D-dimer levels often linked to worse outcomes.

“Our team developed an aggressive protocol for anticoagulation treatment that was escalated based on D-dimer levels,” explained Dr. Tassiopoulos, professor of surgery at the Renaissance School of Medicine at Stony Brook University and director of vascular surgery. “The study appeared to prove that our belief that the increase in D-dimer levels reflects a more severe prothrombotic state, meaning there is an increase in the risk of dangerous blood clots forming in the large or small blood vessels of the body.”

The study was a multidisciplinary collaboration between the Departments of General Surgery and Neurosurgery. Surgery led the patient care and neurosurgery in collaboration with vascular surgery completed the data and statistical analyses.

Of the 240 patients, all received the same form of COVID-19 treatments in the critical-care setting. However, 91 were placed on the aggressive anticoagulation protocol and 104 received standard thromboprophylaxis treatment. All of the patients were treated in the Stony Brook University Hospital Intensive Care Unit from February 7 through May 17, 2020.

“Overall we found that the D-dimer driven anticoagulation therapy was safe in patients, improved survival and improved kidney function too,” concluded Dr. Tassiopoulos.

In response to the clinical data and greatly improved results with some critically ill COVID-19 patients, Stony Brook Medicine adopted the protocol system-wide for patients in this condition.