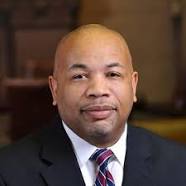 Black History Month is an annual tradition that celebrates the African American experience. Every February, Stony Brook University hosts events and guests in recognition — see what’s in store for 2016.

Take a look at some of Stony Brook’s moments in black history and culture, including notable alumni, government officials, artists and guest speakers.

1. Many great black musicians have taken the stage at Stony Brook, like Jimi Hendrix in 1968, Miles Davis in 1970, The Notorious B.I.G. in 1996 and Ray Charles in 2000, plus many more over the years, including B.B. King, Buju Banton, Dizzy Gillespie and Lil’ Kim. But it doesn’t stop there — Vanessa Williams and Peabo Bryson will headline the Staller Center for the Arts Gala on March 5.

2. Will Tye is the first Seawolves football player to join the NFL. Tye signed with the New York Giants for the 2015 season and scored his first NFL touchdown during a win over the Miami Dolphins on Dec. 14, 2015.

3. Renowned poet, playwright, political activist and co-founder of the Black Arts Movement of the ’60s, Amiri Baraka was a professor of Africana Studies in the College of Arts and Sciences at Stony Brook beginning in the late ’70s. Read about Baraka’s celebrated, and sometimes controversial, career.

4. The Black and Latino Alumni Network established a new scholarship in 2015 to support full-time students who demonstrate financial need and commitment to civic engagement and social responsibility. The Stony Brook University Black and Latino Alumni Network Scholarship Fund also promotes the University’s goal of a diverse student body, and is the first scholarship funded by one of Stony Brook’s alumni chapters.

6. Entrepreneur Tristan Walker ’05 developed Bevel, a pioneering shaving product for men of color and winner of the 2015 GQ Grooming Award.

7. Boeing’s “Rising Star” Madeline Augustin ’05 received the National Society of Black Engineers Celestial Torch Award for Outstanding Women in Aerospace in 2012 and was named a Modern Day Technology Leader at the Black Engineer of the Year Awards.

8. Errol Cockfield ’94, former Press Secretary for New York Governors David Paterson and Eliot Spitzer, wasnamed one of “City and State’s 40 Under 40” in 2007 for being a young, influential member of New York State politics.

11. The W. Burghardt Turner Fellowship, a graduate fellowship program for underrepresented students whose academic plans include obtaining graduate or professional degrees in a variety of disciplines at Stony Brook University, carries the name of the late W. Burghardt Turner, emeritus professor of history at Stony Brook University. Turner was one of the first African American faculty members on campus and taught here for 20 years. He introduced courses in African American history and Native American history in the Department of History in the College of Arts and Sciences, chaired Stony Brook’s President’s Committee on Equal Employment Opportunity, and was actively engaged with issues relating to academic access for underrepresented students and their success at Stony Brook University.