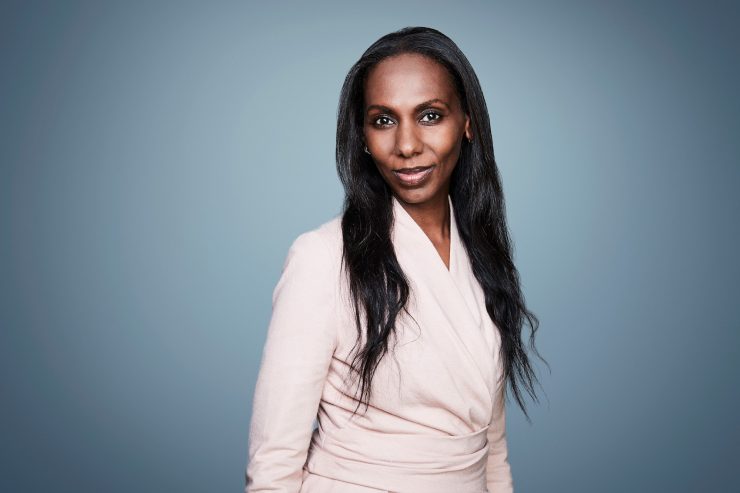 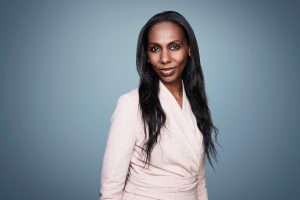 A decade after Marie Colvin was killed while covering the conflict in Syria, correspondents like the award-winning Nima Elbagir are honoring her legacy by fearlessly reporting and giving voice to the voiceless. Join the Marie Colvin Center for International Reporting at Stony Brook University’s School of Communication and Journalism on Friday, February 11, to hear from Elbagir about her career and to honor Colvin’s contributions to the field.

Elbagir, a senior international correspondent for CNN based in London, has reported extensively on human rights abuses including her recent investigations on the conflict in Ethiopia’s northern Tigray region. She has been a crucial component of some of CNN’s most high-profile international reports, including an investigation into shootings at the Lekki toll gate in Nigeria, the use of child labor in cobalt mines in the Democratic Republic of the Congo and the discovery of slave auctions in Libya. Several of her reports have sparked global outcry, and others have been referenced by lawmakers in discussions of international affairs and policy making.

“We are honored to have Nima Elbagir deliver this year’s Colvin Lecture,” said Laura Lindenfeld, dean of the School of Communication and Journalism. “Nima’s work highlighting injustices and reporting from some of the world’s most dangerous regions shows us how vital journalism is to our societies, and upholds Marie’s conviction that journalism has the power to make a difference in the world.”

Among her honors, the Sudanese-born Elbagir has been named the Royal Television Society “Television Journalist of the Year” and received the prestigious Alfred I. duPont-Columbia University Award in 2019, with the jurors citing her “fearless reporting across Africa (that) documented rarely seen exploitation and corruption.”

The Marie Colvin Center for International Reporting was established in 2013 with the support of fellow journalists, Colvin’s family and the News Corp Foundation. The center seeks to nurture and grow the next generation of overseas reporters, to raise public awareness about the need for robust international news coverage, and to empower Colvin’s legacy on behalf of current and future reporters everywhere.

“Marie believed deeply that her presence and her reporting provided vital lines of information to the world, and despite the risks and the dangers that were rife in many of the places she worked, she never hesitated to go there, to talk to people and find the truth,” said Cat Colvin, president of the board of directors of the Colvin Foundation. “As we mark the 10th anniversary of Marie’s death, I am so proud that there are exceptional journalists like Nima to continue this work of sharing vitally important international stories with the world.”