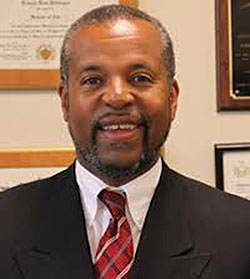 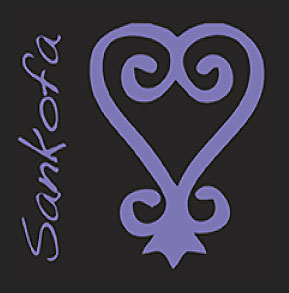 The 2015 Black History Month programming leads off with a dynamic speaker, Fred Brewington, Esq. Mr. Brewington has labored against injustices through litigating, writing, lecturing, and through building relationships of encouragement among citizen organizations. Through his practice located here on Long Island, Mr. Brewington is a noteworthy and eloquent advocate for civil and human rights. The Opening Ceremony will take place January 28 from 12 pm to 2 pm in the Student Activities Center Auditorium.

Throughout February, Stony Brook University hosts Black History Month, an annual tradition that celebrates the African American experience. There are educational, social, and cultural programs reflecting the theme, Sankofa! The Evolution of the Black Experience held on the Stony Brook campus. Sankofa is used throughout the pan-African world to promote the idea that African people must go back to their roots in order to move forward. The theme was created to re-ignite awareness, appreciation, passion, and commitment to Black History Month for all people, but especially those whose ancestors are from the African Diaspora.

Fred Brewington is a respected lawyer and community advocate with a distinguished legal career. After working at a number of prestigious firms and law offices, including a clerkship at the Office of the Legal Counsel of the United States Senate, he began a private practice on Long Island. With his expertise in civil rights litigation, Mr. Brewington has successfully challenged the “at large” voting system in the Town of Hempstead and worked on preventing future unconstitutional and discriminatory purging of voters from the voting role.

Through litigation, writing and lecturing, Mr. Brewington continues to challenge other discriminatory practices throughout Long Island. An adjunct professor at Jacob D. Fuchsberg Law Center, Touro College, he served as president of the Alumni Association of the University at Albany and remains a member of their Council of Classes. Providing services pro bono, Mr. Brewington has been an advisor to many community groups and organizations. He also served as a trustee and as chairman of the Administrative Board of the Church of the Good Shepard United Methodist; he is a certified lay servant for the Long Island East District of the New York Annual Conference of the United Methodist Church; and he is an instructor for Local Lay Servants. He is also a trustee of the Westbury United Methodist Church.

Mr. Brewington graduated from the University at Albany with a bachelor of arts degree and from Northeastern University School of Law. A tireless advocate, he is the recipient of many honors and awards for his community and public services. He is a devoted husband to his wife, Adrienne, a former attorney who is now a pastor and was appointed by Bishop Jeremiah J. Park as the District Superintendent of the Long Island East District for the New York Annual Conference of the United Methodist Church, where she continues to serve. Mr. Brewington is also a volunteer football coach in the Malverne School District.