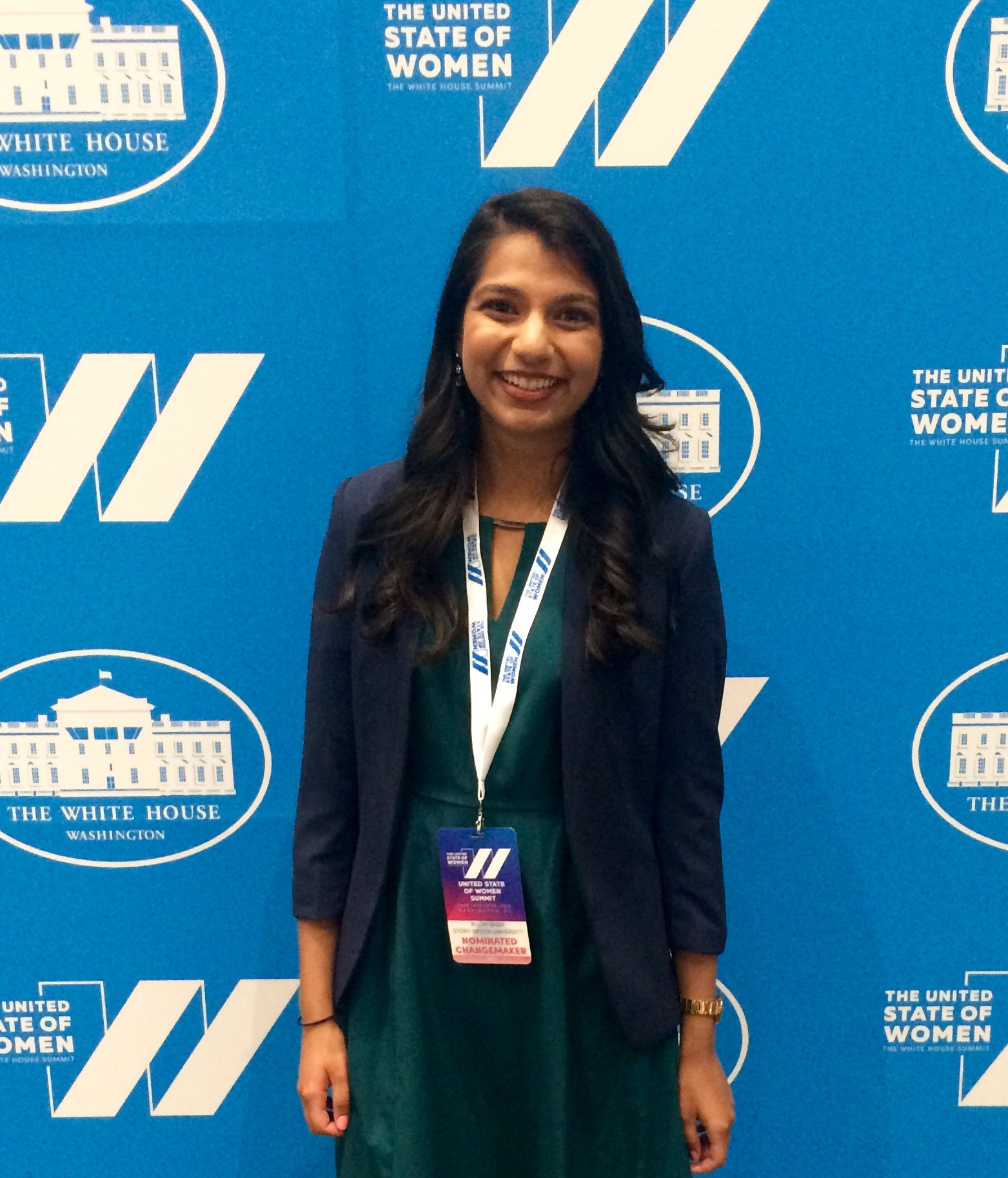 Before graduating from Stony Brook University in May, Ruchi Shah ’16 invented an all-natural mosquito repellent, became the CEO of her own company, made the American Association for Cancer Research’s top ten college cancer researchers, was the youngest speaker ever at the Forbes Women’s Summit, gave a TEDxSBU talk, and made Glamour magazine’s Top 10 College Women of 2016.

And now she’s been to the White House.

Ruchi attended The United State of Women, a White House Summit held on June 14 in Washington, DC. This vital Summit brought together 5,000 leaders from around the world to celebrate achievements in gender equality issues and to discuss future action.

“The White House Summit on the United State of Women was an incredible opportunity to learn about the multitude of challenges women face here and abroad, and hear from inspiring leaders and organizations that are making a tangible positive difference in communities,” said Ruchi. “It was an unforgettable experience sharing the room with inspiring leaders like President Obama, Michelle Obama, Oprah, Warren Buffett and Gloria Steinem.”

“The summit reaffirmed my belief that equal rights for women not only benefits women, but also helps men, our community, our nation and our humanity,” she added.

Ruchi graduated with a BS in Biology and a minor in Journalism, and was one of three students that Stony Brook University President Samuel L. Stanley Jr., MD, featured in his 2016 Commencement Address. She is in the Scholars for Medicine BS/MD program, so she will continue her Stony Brook education as she begins medical school in the fall. Ruchi is pursuing a career as a physician and medical correspondent.

In Ruchi’s TEDxSBU talk, she shares her story of being a young scientist: