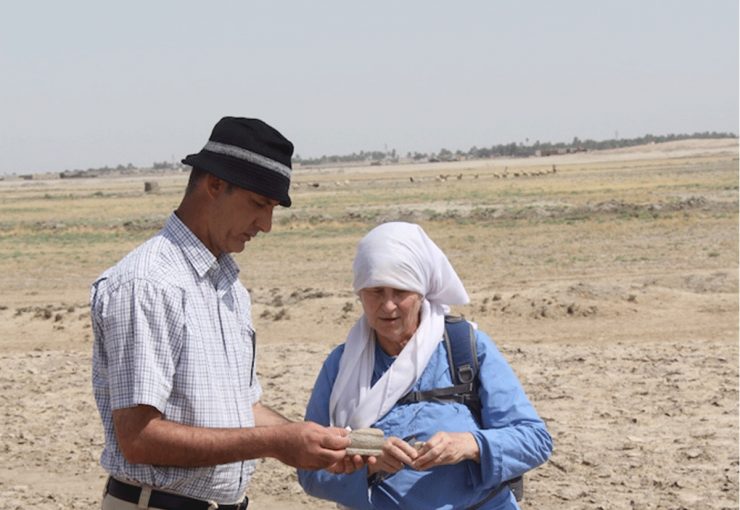 Abdulamir Al-Dafar Hamdani ’15, PhD Anthropology and Archaeology, was recently approved by the Iraqi Parliament as Minister of Culture to the Iraqi Ministry of Culture.

Hamdani, who was known as Abdulameer Al-Dafar while at Stony Brook, was a graduate student under the mentorship and supervision of Dr. Elizabeth Stone, professor in the Department of Anthropology in the College of Arts and Sciences. His dissertation, “The Shadow States — The Archaeology of Power in the Marshes of Southern Mesopotamia,” explored the ancient environment in southern Iraq, which is known for its marshes. While much archaeological work has considered the important ancient, and modern, settlement to be associated with irrigated agriculture, Hamdani, through satellite imagery and geographic data, reconstructed the ancient environment and was able to show the important role marshes played in the development and subsequent organization of Mesopotamian civilization.

“Abdulamir was an amazing student,” said Dr. Stone. “He arrived at Stony Brook with somewhat limited English, considerable field experience and an Iraqi undergraduate degree in archaeology, but little background in theory or how the archaeology of Iraq fit into the big picture. He worked incredibly hard and within five years — a short time for even an English-speaking PhD — and produced a brilliant dissertation.”

The eldest child of a large family, Hamdani grew up living in a reed hut in a village in the marshes of southern Iraq. His illiterate father wanted his children, as well as those of the other village members, to have an education, so he asked the Iraqi government for a teacher. He was told that he needed a schoolhouse, so he built a reed hut to serve the purpose. The government subsequently sent members of the Communist party, the only non Ba’athist party that was allowed in Iraq, to serve as teachers. This education made it possible for Hamdani to go on to college and get a job in the Iraqi Antiquities department. He lived frugally, limiting his family to two children, saving money for his siblings to also receive an education.

Hamdani, along with Dr. Stone and other students, conducted a field project at Tell Sakheriyah, near the ancient Sumerian city-state Ur, during the winter of 2011-2012; it was the first foreign excavation in Iraq beyond Kurdistan since the Gulf War. The group partly chose Tell Sakheriyah because it was in a military zone and within commuting distance from Ur, where they lived during the excavation. According to Dr. Stone, this marsh-adapted site turned out to be very interesting, and likely dating to a time period when most sites were thought to be abandoned.