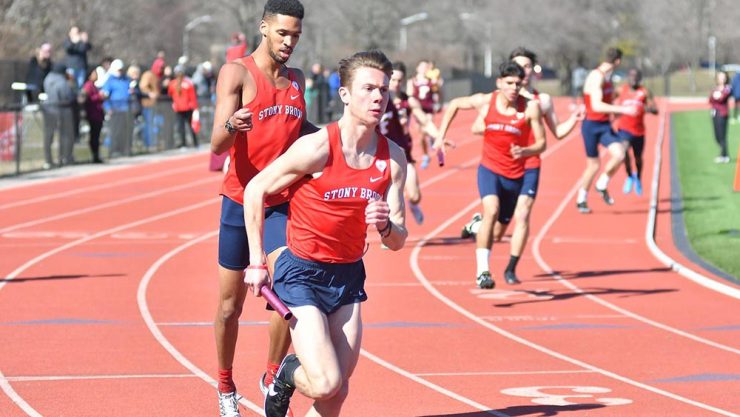 Luke Coulter vividly recalls the sharp post-workout sensation he experienced during his freshman season as a Stony Brook cross country and track runner.

“I was going to my cooldown and then, all of a sudden, I felt shooting pain in my lower back,” he said. “I was like ‘Oh, this is definitely not good.'”

After he persisted with his running, the pain became overwhelming.

An MRI revealed the precise diagnosis: a sacral stress fracture.

The injury knocked Coulter out of competition for the entire season. As a freshman just adjusting to the college level, it was unfortunate timing.

Now, though, that experience has made his rebirth that much more sweet.

In the fall, Coulter was named to the all-conference first team. His 24:04.40 time in the 8K at the conference championship helped lead Stony Brook to the America East title for the third time in four years.

Coulter also twice emerged as a relay champion, winning gold and setting school records in both the distance medley relay and the 4×800 relay.

Coulter admitted that early in his career, injury aside, he did not take his training as seriously as is required of a collegiate athlete. For a while, his teammates were upset with him because his lack of focus was negatively affecting the team’s performance.

“Going into my junior year, over that summer, I took on some more responsibilities, and that’s when I realized what was actually important,” Coulter said. “I took my training much more seriously and that showed.”

The renaissance following the stress fracture has not gone unnoticed.

“He’s taken it to such a level in the last two years,” Ronan said.