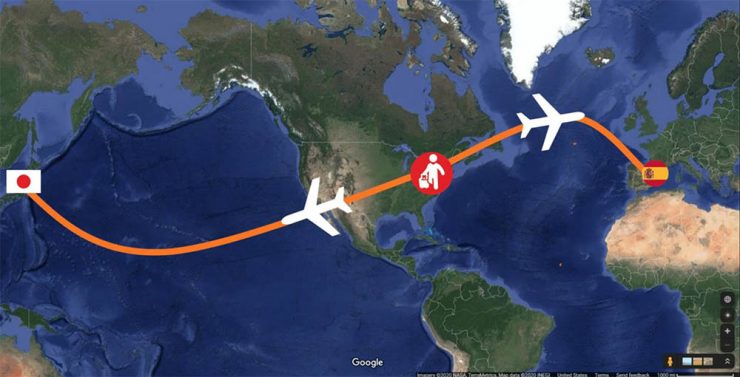 One of the recommendations during the current pandemic is to “wash your hands for 20 seconds.” That might seem an eternity to some, but when you consider that those 20 seconds comprise one-ninth of the amount of time you have to explain an entire doctoral thesis – pandemic hand-washing doesn’t look so bad after all. Just ask any of the doctoral candidates who participated in the 2020 Three Minute Thesis (3MT) competition.

Interestingly, the original idea for the 3MT competition was conceived during a crisis. In 2008, the state of Queensland, Australia was suffering severe drought. To conserve water, residents were encouraged to time their showers to three minutes, and many people affixed a three-minute egg timer to the shower wall. The dean of the University of Queensland Graduate School took that recommendation a step further by bringing the concept into the classroom, and the 3MT competition was born. In addition to the allotted three minutes, presenters are allowed a single support slide.

A typical 80,000-word PhD thesis would take approximately nine hours – longer than an average workday – to present in its entirety. The 3MT competition, and the training that precedes it, is designed to help doctoral candidates develop real-world presentation, research and academic communication skills to explain their work effectively to diverse audiences – both in school and in their future careers.

Stony Brook has hosted 3MT competitions since 2014. This year 15 participants took part in an online competition that let viewers vote for the People’s Choice Award winner, drawing more than 800 votes. There were originally 30 entrants but as the pandemic progressed, some students were called to do critical COVID research and others had to withdraw due to logistical hurdles. As always, the competition features a wide array of topics ranging from quantum physics and cancer research to politics and the psychological well-being of children in rural China.

“SBU’s 2020 virtual edition of the 3MT is an example of creative necessity during a time of disruption,” said Alfreda S. James, assistant director for Graduate Students and Postdocs in the Career Center. “Research universities from Cal Tech to Yale host competitions in the United States. The acquisition and practice of communication skills opens professional doors for students and broadens the University’s ability to provide leadership for economic growth, technology, and culture for neighboring communities and the wider geographic region.”

Sonali Gera, a graduate student in the Department of Physics and Astronomy, took top honors with a presentation titled “Building a Quantum Computer, One Particle at a Time,” which addressed the possibility of leveraging quantum particles to solve problems faster and in greater volumes than even the most advanced capabilities of present-day computers.

“When I came to Stony Brook as a graduate student, I was interested in working in experimental high-energy physics, but at the same time I wanted to explore other possibilities,” said Gera, who earned her undergraduate degree at the University of Delhi in her native India.

By chance, she took an elective course on Quantum Information and Communication that was being taught by her advisor, Eden Figueroa, associate professor in the Department of Physics and Astronomy, with a joint appointment at Brookhaven National Laboratory.

“He structured the course to show students state-of-the-art experiments that were being done in the field,” she said. “Some of the tasks being undertaken by the researchers are completely awe-inspiring and really pushing the boundaries of what can be achieved by perseverance and curiosity. I was very enamored and fascinated by the field, and there was no looking back. I started working in his lab after the course.”

Gera credits Figueroa for giving her the opportunity to work in his lab, and for his continued guidance and support.

“It’s hard to not be interested in the subject,” she said. “Quantum mechanics pulls everyone in by the sheer absurdity of it. The more you think about it, the more it eludes you and the more you are drawn to it. It is confusing and attractive at the same time.”

Xiaoqing Zhang, a PhD student in Health and Rehabilitation Sciences, was the runner-up as well as the “People’s Choice” winner for her presentation titled “Children Left Behind in Rural China: I Can be Resilient and Happy,” which addressed the plight of children whose parents migrate from rural areas to cities in search of work.

“I am honored to have been chosen among the top three, and I think all of the participants deserve recognition of their resilience and hard work,” said Zhang. She also credited Kathleen Flint-Ehm, assistant dean for Graduate and Postdoctoral Initiatives in the Graduate School, Alfreda S. James, and Matt Colson, executive director of alumni relations at Stony Brook, for working to make the event happen despite extremely challenging conditions.

Keffy Kehrli, a PhD student in Stony Brook’s Genetics Program, took third place with a presentation called “Evolution:  Comparing More Than Just the Sequences of Our Genes,” a project that explores the relationships of species and the evolution of all life over more than three billion years.

“I was very surprised to be recognized, especially since a lot of my training runs during practice were rough,” said Kehrli. “The quarantine made it difficult since we were at the mercy of our own households. I was worried while I was speaking that one or both of my dogs would start barking out the window. On top of that, when my group was recording our talks, we were in the middle of a thunderstorm, but we got lucky and nobody lost power.”

Yifan Fang, a doctoral candidate in the Department of Physics and Astronomy, also had to deal with the considerable challenges of working remotely.

“We had to build our own vacuum chamber with three sets of pumps in order to pump out particles in the air as best as we could,” she said. Her efforts were in support of research into controlling the motion of atoms using laser light.

Flint-Ehm of the Graduate School said that she was delighted to see an increase in the number of 3MT participants from last year.

“This year’s 3MT presented more challenges than ever due to the pandemic, but our grad students rose above those challenges with impressive resilience and grace,” she said. “Having seen every draft of their talks, I know all the hard work they put in. But watching their final products, you only see the excellence.”