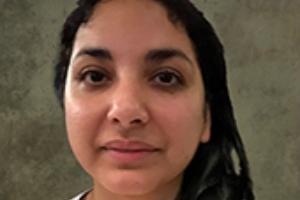 Four scholars are competing for the 2017 Discovery Prize, a $200,000 award given to a Stony Brook University faculty member in the STEM disciplines whose research project embraces risk and innovation and embodies the potential of discovery-driven research.

The Discovery Prize was established in 2013 with a generous donation from the Stony Brook Foundation’s Board of Trustees as a way to advance pioneering scientific breakthroughs. In keeping with the University’s goal of supporting early-career faculty, eligibility is open to faculty members who have a tenure-track assistant professor appointment or are no more than five years beyond tenure and promotion at the associate professor level. In its inaugural year, the Discovery Prize was given to Laurie Krug for her research on herpes viruses that are associated with cancer.

The second Stony Brook Discovery Prize Competition will be held on Thursday, April 13, at 12:30 pm in the Charles B. Wang Center Theatre. The program includes finalists’ presentations followed by a reception and announcement of the winner. To attend, please RSVP by April 11 to advancementevents@stonybrook.edu. 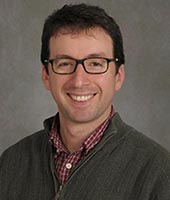 He earned his BS in Engineering Physics from Cornell University and his PhD in Physics from the University of California at Berkeley. He started at Stony Brook in 2013 after a postdoctoral fellowship at JILA. 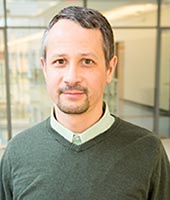 He was named a finalist for the inaugural Discovery Prize in 2014, and is a recipient of the NIH Director’s New Innovator Award created to “stimulate highly innovative research.” 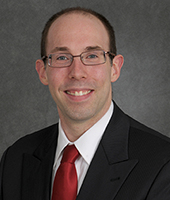 Matt Reuter joined Stony Brook University in January 2015. Prior to joining the University, he was a research associate in the Department of Chemistry at Northwestern University, where he studied single-molecule behavior. He received BSc degrees in Chemistry and Mathematics from Michigan Technological University (2006) and a PhD degree in Theoretical/Computational Chemistry from Northwestern University in 2011. From 2011 to 2013, he was a Eugene P. Wigner Fellow at Oak Ridge National Laboratory, where he developed theories and algorithms for studying electron transport processes and materials chemistry.

Neelima Sehgal, Assistant Professor, Department of Physics and Astronomy
“Unveiling the First Moments of the Universe’s Creation with CMB Delensing and the Simons Observatory” 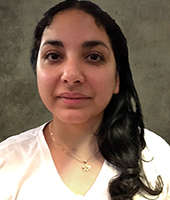 Neelima Sehgal is a cosmologist in the Department of Physics and Astronomy at Stony Brook. She studies the cosmic microwave background, which is the oldest light in the Universe, to determine what happened during the first few fractions of a second after the Big Bang. She also studies the microwave background to discover the properties of neutrinos, dark matter and dark energy.

Neelima is a member of the Atacama Cosmology Telescope and the Simons Observatory Collaborations. She received her BS in Physics and Mathematics from Yale University and her PhD in Physics and Astronomy from Rutgers University. She was a postdoctoral fellow at Stanford and Princeton Universities before joining the faculty at Stony Brook in 2012. 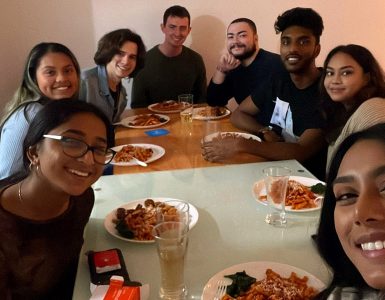