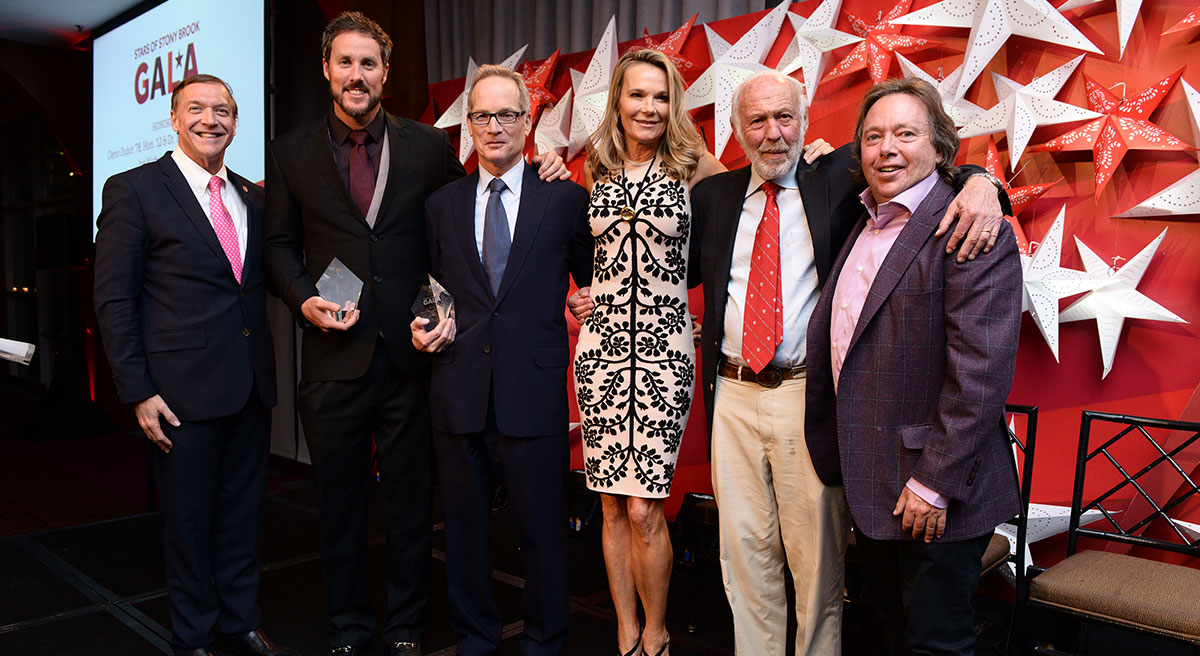 At Stony Brook University, we relentlessly pursue excellence in the classroom and on the field, a point that was driven home at the Stony Brook Foundation’s annual Stars of Stony Brook Gala held on Wednesday, April 20, at Chelsea Piers in Manhattan.

“All of you have worked tirelessly to build a strong foundation that is advancing the goals of our University, serving the unique needs of our students and faculty, and transforming the lives of so many,” President Samuel L. Stanley Jr. said to the 680 Gala attendees, which included Euclidian Capital Chair and Stony Brook Foundation Chair Emeritus James Simons, Seawolves basketball leading scorer Jameel Warney, Oscar-winning actor Mercedes Ruehl and art world maven and Stony Brook Foundation Trustee Dorothy Lichtenstein, Hon. ’14.

Richard L. Gelfond, ’76, CEO of IMAX Corp. and Chairman of the Stony Brook Foundation, acknowledged the Foundation Board officers and trustees for their dedication to the mission of the University, and for hosting the Gala since 2000. “The members of the Board are incredibly distinguished professionals who are committed to advancing Stony Brook’s mission and empowering our students and faculty, and we thank them for their support,” he said.

This vital engagement on the part of the Foundation, friends and alumni by way of philanthropy is the margin of excellence at Stony Brook. President Stanley noted the importance of continued scholarship support that will help the University attract and retain the most talented students. “Continuing to provide a world class education at an affordable cost remains an important priority,” he said. “Scholarships enable our outstanding students to pursue new interests and learn new skills—the kind that will have a lasting impact on our world.”

In October 2015, Dubin, a former member of the University’s football and lacrosse teams, and his wife announced a $5 million pledge in the form of a dollar for dollar matching challenge grant, setting the stage for a $10 million fundraising goal to build an Indoor Training Center, which will benefit all of the University’s 20 intercollegiate teams. Additional gifts for the Indoor Training Center received through June 30, 2016 will be matched by the Dubins.

The Dubin challenge is just the most recent example of their generosity to Stony Brook. In 2010, the Dubins donated $4.3 million through the G&E Dubin Family Foundation for the creation of the Dubin Family Athletic Performance Center — which opened in 2012 — and a $1 million gift to create the Glenn Dubin Endowed Scholarship Fund. The Fund offers scholarships to students from Washington Heights, and in particular to students from P.S. 132, where Dubin attended elementary school.

“I’m honored and couldn’t be more proud to be a Stony Brook alum and to give back to the school. It has meant so much to me and to my family,” Dubin said.

Six-time MLB all-star pitcher Joe Nathan has credited Stony Brook for much of his successful career, and showed his gratitude with a lead gift in 2008 of $500,000 for a new campus baseball park, worthy of a program that made it to the college World Series finals.

“It seems like everytime I come back there’s something else. It blows me away, and surprises me, and I can’t believe how much this school has grown. It’s fun to be a part of and fun to watch,” Nathan said.

Nathan ranks eighth on the MLB all­-time saves list and was inducted into the Stony Brook Athletics Hall of Fame with the Class of 2006, the same year he was awarded the University Medal, the University’s highest honor. Nathan was also awarded a Honorary Doctorate from Stony Brook University in 2013.

“We have so much to be proud of as a University,” said Senior Vice President Dexter A. Bailey Jr. “Philanthropy has been and will continue to be critical to our success. It helps us be bold and face our future with determination and confidence, and I’m deeply grateful to all the contributors to the Gala for their sustained support.”

View our collection of photos from the evening. 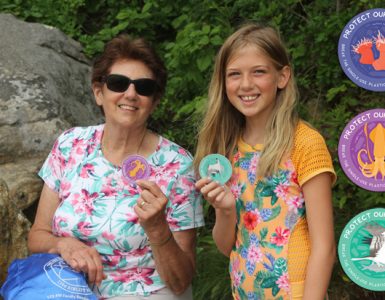 For the fifth consecutive year of the #DontTrashLISound social media campaign, partners focus on hope for reducing plastic pollution by highlighting positive steps people are taking to address the issue.