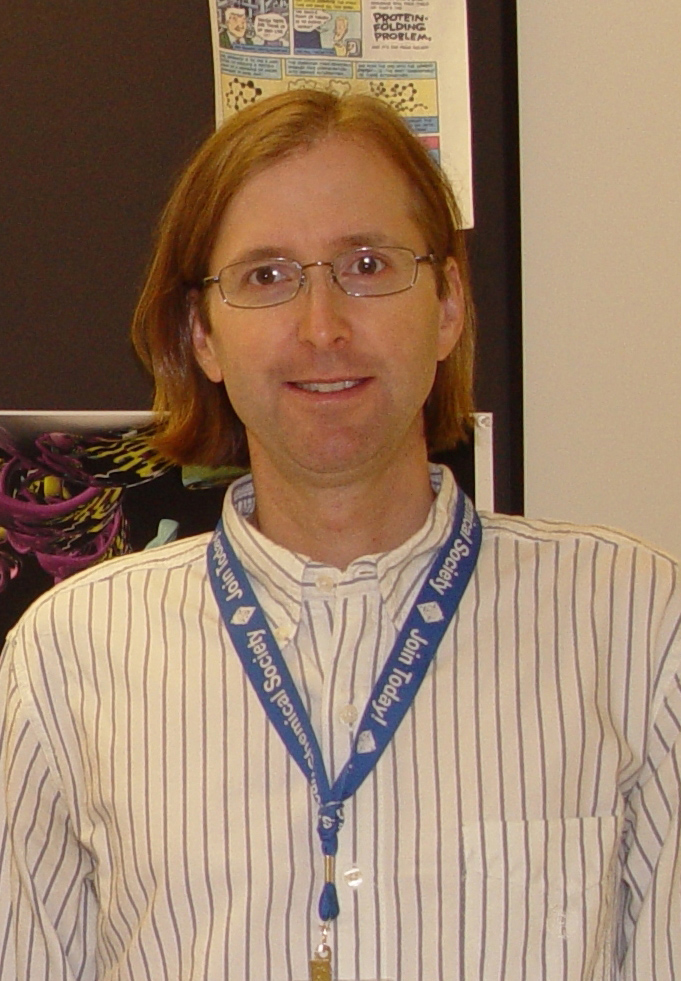 Ruoyi Jiang, a senior at Ward Melville High School, was named the individual Grand Prize winner in the prestigious nationwide 2009 Siemens Competition in Math, Science, and Technology. Jiang conducted his research at Stony Brook and Brookhaven National Laboratory under the mentorship of Carlos Simmerling, Professor of Chemistry.

Jiang, 17, won a $100,000 scholarship for his research on chemotherapy drug resistance. He is the first Grand Prize winner of the Siemens competition to have done research at Stony Brook in the “individual” category; twice previously, the Grand Prize “team” winners worked with Stony Brook faculty mentors, including Professor Iwao Ojima (2007) and Professor Miriam Rafailovich (2001).

The annual awards were presented on December 8 at New York University. The competition is a program of the Siemens Foundation and is administered by the College Board.

Working as part of Simmerling’s team, Jiang won for his project, “Targeting Loop Dynamics in BetaI / BetaIII Isotype Tubulin: The Application of In Silico Techniques in Combating Chemotherapy Drug Resistance.” He evaluated drugs that prevent cancer cells from developing resistance to chemotherapy. Jiang’s success also relied on his ability to learn to use NewYorkBlue, the IBM supercomputer owned by Stony Brook and operated by BNL, which is currently among the 50 fastest computers in the world. His research was sponsored by the Academy of Applied Scientists and used computational resources at the New York Center for Computational Sciences at BNL.

“The significance of this study was that through computational methods we were able to provide detailed insights into an extremely complex mechanism of chemotherapy drug resistance,” Jiang said. “We were also able to provide insight into the means by which a newly discovered drug is able to overcome this drug resistance mechanism. Based on this it is possible to design drugs that are even more effective and can overcome this form of resistance in clinical studies.”

Simmerling said the project involved an understanding of the complex cancer drug Taxol and an extremely complicated mechanism of drug resistance. The research required Jiang to have an understanding of organic chemistry, physics, and molecular biology, as well as to be able to use the supercomputer at BNL.

“I’ve never had a high school student do this type of quantum physics calculations,” said Simmerling. “Nobody has ever gone all the way from quantum physics to the biology in one experiment. His project had the range we expect in a Ph.D. thesis.”

“This is an incredible accomplishment,” said Stony Brook University President Samuel L. Stanley, Jr., M.D. “For a high school senior to dig this deeply into such a complex problem, and present it in such acute detail, well, he will be an asset to any institution lucky enough to have him.”

Jiang hopes to become a research lab director upon completion of his studies.