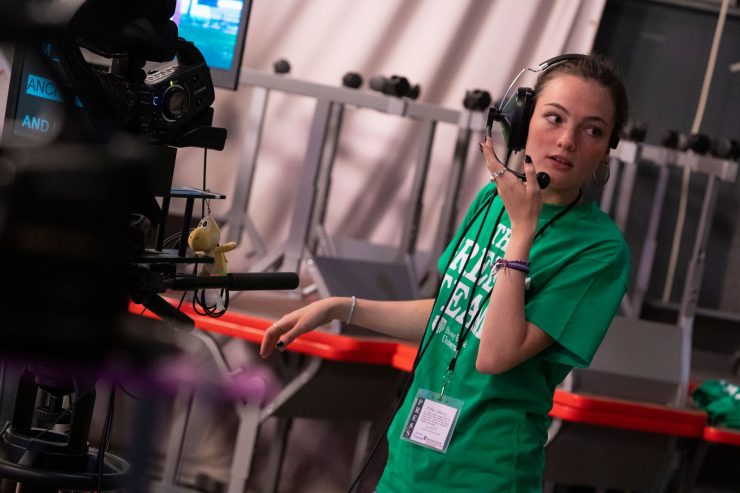 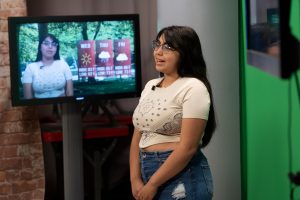 The Greene Team – energetic high school students racing all over campus learning to be reporters by writing, shooting and editing multimedia stories – was back on campus this summer.

It was the first time since the coronavirus pandemic began that the 17 members of the Robert W. Greene Summer Institute for High School Journalists could do cutting-edge journalism in person. The weeklong program ran virtually for the past two years.

They hail from Long Island, Queens, Manhattan and Brooklyn – and even beyond – to explore Stony Brook University. But they share a passion to learn what it’s like to work in the media from award-winning professional reporters, photographers, editors, producers and School of Communication and Journalism (SoCJ) faculty.

“The Greene Institute may be the most immersive program of its kind in the New York area,” said Laura Lindenfeld, dean of the SoCJ and executive director of the Alda Center for Communicating Science. “In just one week, these dedicated and talented students learn to conduct interviews, write stories and scripts, and shoot photos and videos. It’s quite challenging, and every year they rise to the challenge.”

Early in the program, they break up into small groups to work together on reporting assignments. The young journalists tackled subjects ranging from the arts on campus like the Stony Brook Film Festival and an environment-oriented exhibit at the Zuccaire Gallery to heavier national and local issues like gun violence and the outbreak of shark attacks on Long Island.

The team scored an exclusive interview with newly minted Provost Carl Lejuez and, as is tradition, covered a Long Island Ducks game. 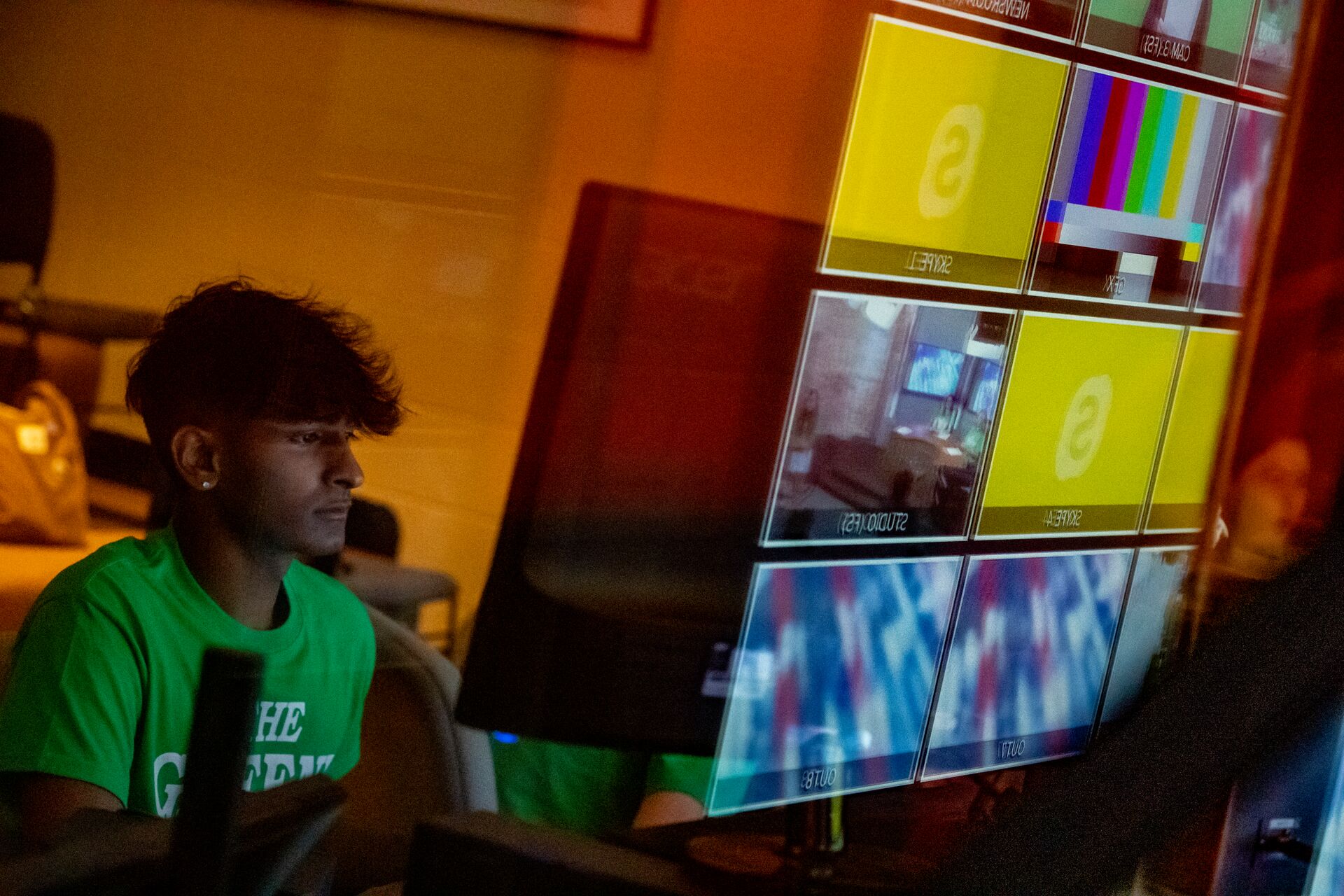 Students worked in the bi-level newsroom at the Melville Library and on newscasts in the SoCJ broadcast studio, where they learned how to be on-air anchors and reporters as well as teleprompter operators, producers and technicians. They kept a journal of their experiences, blogging each day on the site that launched at the end of the week with all of their hard work – text, photos and videos – as the Greene Gazette.

The program, which just completed its 14th season, primarily serves students from the New York City area, but it has allowed students from even other states to participate, a trend that continued during the all-virtual years of the pandemic. Because of generous financial support from Newsday owner Pat Dolan, through The Dolan Family Foundation, students with financial need receive scholarships that make the program free for them.

The Dolan donation allows the Greene Institute to help students from underrepresented and underserved communities explore journalism and media as a way of expanding the pipeline of diverse perspectives in the industry. Some of those students who enroll at Stony Brook to pursue a degree in journalism become eligible for scholarships for their studies.

“The students didn’t shy away from tough subjects, from gun control to the recent Supreme Court decision on abortion,” said Cathrine Duffy, director of Stony Brook’s HealthierU and Greene Institute co-coordinator. “They handled their stories with maturity and tenacity.”

They also had help along the way. Several SoCJ faculty, staff and alumni, as well as professional journalists from the Press Club of Long Island and media outlets in New York City and across the country, dropped in both virtually and in person to help coach students on their writing, to work with them in the SoCJ’s broadcast studio, and to help them edit their video footage.