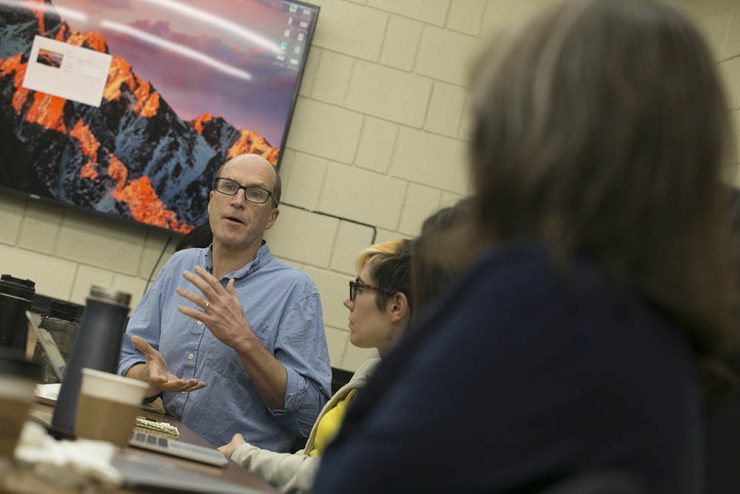 How does landscape history affect the diversity of mammals over time? Why are there more species in the Andes than there are in the Amazon? Over the next three years, a team of geophysicists, geochemists and biologists led by College of Arts and Sciences Principal Investigators William Holt, Dan Davis, and Troy Rasbury, will be conducting an in-depth research project focusing on the relationships and interactions between tectonics and biology.

Funded by the National Science Foundation (NSF) as part of its Integrated Earth Systems program, the project, “Collaborative Research: Integration of Tectonics, Climate and Mammal Diversity”  is intended to bring together disparate STEM fields. It supports a major effort to integrate a dynamic model of the western United States that addresses paleotopography over time, the climate acting on this landscape, and how these work together to explain the changes in mammal diversity and speciation in the western U.S. since 36 million years ago.

“People have been studying these phenomena for decades, but it’s asking the questions together that really becomes a new frontier for both biology and geology,” Dr. Badgley said.

“We ask how this very interesting and dynamic and complicated landscape record influences the mammals’ record, because there are all of these interesting properties in terms of what kinds of species appear, when these pulses of new species come into the landscape, and when things disappear. They’re tracking each other closely over time, so what we try to do is understand why.”

“We’re targeting a lot of new locations that have not been investigated before, because they didn’t have the time constraints, or the age constraints,” Dr. Holt said. “But now, with new techniques and geochronology, we’re able to target those, and also target the fossil record, so there’s an opportunity to open that up and get more data.”

The team plans to meet regularly in person or over Skype, as well as take the occasional trip in order to conduct field work.