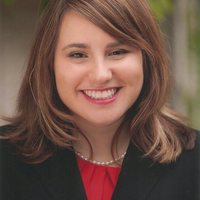 Negative attitudes toward frozen vegetables may be impacting consumption of healthy foods, according to research by Stony Brook marketing professors.

Consuming enough fruits and vegetables is important for maintaining a healthy diet and reducing risk factors for obesity and obesity-related illnesses. However, it’s not always pleasant to eat vegetables and it’s estimated that 87% of the population in the United States doesn’t eat enough vegetables. Identifying barriers to vegetable consumption is important because lower income heads of households report they avoid buying fresh vegetables because they are afraid they will expire before they are consumed.

Frozen foods offer parents and caregivers flexibility to give smaller portions of vegetables to their family while decreasing the likelihood of waste and the money spent on food that might expire. Yet, despite the fact that frozen vegetables offer similar if not superior nutrition benefits to fresh food, the purchase of frozen vegetables in grocery stores is declining.

Stony Brook University’s Paul Connell and Stacey Finkelstein, both associate professors of marketing in the College of Business, collaborated with Florida State’s Maura Scott and Villanova’s Beth Vallen on a study soon to be published in Appetite.  “Negative Associations of Frozen Compared with Fresh Vegetables” documents reasons for the negative associations, namely that people have persistent negative attitudes towards frozen vegetables compared to fresh vegetables (a “fresh-frozen bias”).

“In two studies we find that people have a strong negative bias against frozen vegetables when compared to fresh vegetables and that the perceived positive benefits of fresh vegetables decrease when people think about preparing fresh vegetables,” the researchers said. “We recommend a few strategies for attenuating this fresh-frozen bias including increased exposure to food preparation and nutrition education programs that prevent or correct mistaken beliefs about frozen foods.”